Why Liverpool should be favourites to win the Champions League

Liverpool’s UEFA Champions League win in the summer of 2019  was a reflection of where football is heading. It didn’t prove as to which is the best way of playing the game today, but it showed as which style is likely to be more effective. It stood for the modernisation of the game and showed what approach teams usually take in the game today.

In the Europa League final, Chelsea came through rather comfortably. The 4-1 win over Arsenal saw Maurizio Sarri pick up his first silverware in the senior level game, but it was also a statement of intent from a manager who has been using a specific style of play since his early days at Empoli. More than the team, it was the identity of these two sides that won them the European titles.

The losers on the days were the two North London giants- Tottenham and Arsenal. Both were on the verge of losing their own identities under managers who have already left. Out of those, Tottenham had a stronger attacking style under Mauricio Pochettino ever since the Argentine took over in 2014. By the time they had reached the final of the Champions League, the staleness and tiredness had taken over.

But there is a pattern to all of this. Three out of the four clubs that came through to the finals had the promise of attacking football. Jurgen Klopp’s Reds have always been playing their hard-metal brand of football, with full-backs flying forward and a false nine operating between the lines. Pochettino’s Spurs were fascinating to watch at their peak- with their high-pressing and quick movement on and off the ball.

Sarri’s Chelsea had him for just one season. But there were glimpses of how the former partenopei boss wants his teams to play. There was an emphasis on possession and being more direct with it than Pep Guardiola’s sides would like. Perhaps, the lack of a false nine let Sarriball down at Chelsea. But the trophy showed that things were working out very well.

The common thread lies in how the game should be played. It is in stark contrast to the period around 2016- when football seemed to be moving towards a more pragmatic shift in how its meant to be played.

Leicester City had won the Premier League by playing a direct brand of football in a 4-4-2 shape under Claudio Ranieri. Iceland had made history by going far in the Euros of 2016- like Hungary did in that very tournament. Atletico Madrid’s low-block shape in the 4-4-2 under Diego Simeone was still thriving, having reached the final of the Champions League that season.

Juventus were constantly getting far in the European competitions, with Massimiliano Allegri taking Antonio Conte’s approach forward for a majority of the time. The bianconeri weren’t overly pragmatic, but having the colossal backline of Giorgio Chiellini, Andrea Barzagli and Leonardo Bonucci was a bonus for them.

As the current Champions League season roars on, it is tougher to ascertain as to which identity is thriving more than the other. It is something that will be clearer as the campaign wears on and the more dominant styles will come to the fore- like they did last season.

A lot of the teams in the current batch of clubs are either vying for one way or still settling into what their manager wants. And that is a huge positive for Liverpool, who haven’t altered their playing style whatsoever in Jurgen Klopp.

Bayern Munich are full of uncertainties. Hansi Flick has got players back on his side- something Niko Kovac failed to do, but there is no stylistic domination. They can play good attacking football- like they did in a recent win over Werder Bremen and in the two games against Spurs. But there is nothing concrete in there.

The Bavarians have been handed a rather tricky tie in the Champions League Round of 16 (View tickets here on SeatPick).

Chelsea too are still settling into what Frank Lampard wants of them. They’ve lost three of their last four Champions League games- a sign of how the young team will probably take more time to be a complete side in all regards. There is a big positive football promise, but like it was for Sarri- the holes are still very much there.

Both sides are still at an evolution stage. Bayern know that they will someone else in-charge next summer. Chelsea know what they need to do to make Lampard’s project a tangible one. It will be an enticing game and fans can buy Chelsea tickets here on Seatpick. But due to both sides being a work in progress, expect none of them to reach the final.

Juventus- like it was for Sarri at Chelsea, have been scraping through many games in the Serie A. They’ve relied on individual ability more than Sarri’s system. Gonzalo Higuain came to the fore for them in games against Atalanta and Inter. Paulo Dybala got the winner against AC Milan. Douglas Costa did that against Lokomotiv Moscow. Gianluigi Buffon came up with a spectacular save in stoppage time against Bologna. They’ve been overly reliant on immense depth and its quality.

While that is a good thing for any side. But for a team that has played pragmatic football over the last eight of nine years, playing the Sarri way will take time. It has looked very sluggish from them on multiple occasions.

While Manchester City do have a style under Guardiola and it has won them trophies, their defensive issues are very evident. The intensity in pressing and winning the ball back has dropped this season. Teams are finding it easy to play through them- like Manchester United and Liverpool did.

A draw against Real Madrid will not help them. With Aymeric Laporte likely to not feature, going through is a big doubt. But the Los Blancos themselves aren’t at their peak yet. The generational change they’ve been going through is still carrying on. The older generation is passing the torch to the younger ones- those like Federico Valverde, Rodrygo, Vinicius Junior and the likes. Last season’s transition was painful and they will probably take this season as another such campaign.

At Barcelona, Ernesto Valverde has taken immense criticism for lack of game management in between games. They’ve shed their identity of playing how Johan Cruyff would have wanted them to play, as Valverde’s failures have been highlighted by glaring exits in the quarter-finals and semi-finals. They do have the magicman Lionel Messi, but Barcelona lack an identity under Valverde.

As for Napoli, don’t expect Rino Gattuso to deliver results in Europe. While he did take AC Milan to the Europa League quarter-final two years ago, he is only two weeks into his tenure at Napoli. The main aim of hiring him was probably to take the Naples side to the top four in the league.

RB Leipzig under new boss Julian Nagelsmann do play some very good football. Their position at the top of the Bundesliga shows that. Nagelsmann has a better team than what he had at Hoffenheim and that’s helping him a lot. They do a specific formation and playing style, but the recent 3-3 draw against Borussia Dortmund is a sign of their defensive frailties. That is something that a team learns over time.

Tottenham have the sort of side that Jose Mourinho probably loves. But they- like Lampard’s Chelsea or Sarri’s Juve, are a work in progress. Jose knows the competition better than anyone else, but next season would present a better shot at redemption.

Paris Saint-Germain and Borussia Dortmund have always had issues managing games. Under Lucien Favre, they have never been good enough when closing out games. PSG though, are a level above them. Thomas Tuchel’s have often taken abuse for having a mentally weak squad that falters in knockout stages. But the summer transfer window saw them make gritty signings like Idrissa Gueye and Ander Herrera.

The Parisiens have an identity and a style of play. Tuchel is into his second season and there is a perfect mix of the young and old in the squad. They have as much flair as doggedness now. And they are tactically flexible, considering how Marquinhos allows them to switch from a 3-4-3 to a 4-3-3 in between games. Because of that, they could well go far in the Champions League.

Then come Liverpool, who will be enriched by the bargain signing of Takumi Minamino. The Japanese adds depth in many forward areas. He’s the typical Klopp signing who can work his socks off.

The Reds top the Premier League and are unbeaten in it. They’ve retained the identity and decided to not destroy the balance of the side by making too many signings in the summer. They’ve stayed true to the system and the ideals that Klopp loves. Just about everything is the same, with Alex Oxlade-Chamberlain now back and Naby Keita firing. They have more depth than they did last season.

They come up against a transition-ridden Atletico. Simeone’s men spent €300 million in the summer to tide over a transition, which was sparked by the exits of the likes of Antoine Griezmann, Rodri and Lucas Hernandez. They have a system, but the team is settling in once again.

It could be a very interesting tactical tie- buy tickets from the best place to find cheap Liverpool tickets. But the stage of evolution Liverpool are in, they would go past an Atletico side that would be much better next season. Not just that, but the Reds have a lot that Real Madrid had when they won the Champions League three times consecutively.

They have a consistency in everything. There is balance in the side and the approach has carried on from how it was. No new signings are disturbing the system. The depth has increased due to players coming back to fitness. And they have the positive of all the others having a fair share of problems. All they have to do is take advantage of how the other sides are still evolving. 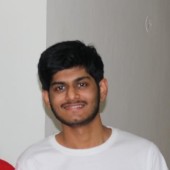