When in Rome: Hidetoshi Nakata in the Eternal City

The sun is beginning to set on my first day in Rome and I’m hungry. My wife and I have spent all day touring Italy’s majestic capital, taking in the sights, but now it’s time to eat. We pass through Piazza di Santa Maria Maggiore and I soon spot a pizzeria on a quaint street, away from the hustle of the piazza on a small hill. We settle down at an outside table and enjoy what became my favourite meal of our trip. The last rays of sunshine are warming the back of my neck when I muster up the courage to try my first attempt at speaking Italian. So far we had stumbled through interactions with ‘please’ and ‘thank yous’, and lots of pointing, but I had memorised a specific phrase that I thought would be useful.

The waiter emerges from the restaurant. He’s in my line of sight and my arm goes up immediately. He spots me, approaches, and I clear my throat before uttering my rehearsed words; Posso avere il conto per favore?

As the waiter’s brain deciphers my innocent request for the bill, his face changes from complete indifference to euphoria. It is actually startling to see how fast this mild-mannered waiter’s entire demeanour has transformed. He is ecstatic to hear me attempt his native language and he lets me know it instantly.

“I cannot believe this! To hear you speak Italian brings me such joy! This is like… like Totti scoring in the derby! Or… or Nakata in Delle Alpi! This is wonderful!”

Ah, a fellow football fan. Of course, a trip to Italy wouldn’t be right without discussing our country’s favourite sports. My wife’s eyes roll as the waiter and I begin to discuss the beautiful game; seemingly she cannot escape this sport that devours so much of my time, even on holiday.

We paid our bill and bid farewell to the friendliest waiter in Italy. The experience left such an impression on me, particularly his choices of words. Naturally, a local Roman would mention Totti (unless they’re Laziali), but his decision to name Nakata piqued an interest in me.

Hidetoshi Nakata, an icon of Asian football, spent just 18 months in the eternal city at the turn of the century, but obviously left quite an impression on the fans of AS Roma. I needed to know more, specifically what happened in Turin, at Stadio delle Alpi, the old ground of Italy’s old lady, Juventus.

However, let’s start somewhere close to the beginning. In 1998 Nakata, considered Japan’s brightest prospect, arrived in France looking to make a statement on the global stage. It was Japan’s first World Cup and despite losing each of their group games, the young midfielder shone for the Samurai Blue. So influential was Nakata that his undisputed talent had attracted a wealth of European suitors and ultimately his performances earned him a move west, to Serie A with Perugia.

Although not considered a household name in Italian football, Perugia proved the perfect stage for Nakata’s development. His drive and guile helped I Grifoni establish themselves in what was then considered Europe’s toughest league. In this environment Nakata’s reputation soared, with thousands of his countrymen following his every move, with some 70,000 Perugia shirts sold in Japan, all adorned with Nakata’s name and number 7. Perugia were besotted with Nakata but his impact had drawn the attention of Italy’s big guns. It was only a matter of time before he moved on.

In January 2000, Fabio Capello and the Giallorossi made the decision to bring Nakata to the capital in that season’s transfer window. His creativity and proclivity for important goals were seen as a necessary ingredient if Roma were to capture the elusive Scudetto, their first since 1983.

Nakata joined a Roma squad bursting with quality, on the cusp of finally threatening the likes of Juventus, Milan, and rivals Lazio. Francesco Totti, of course, was entering his prime but had support in Vincenzo Montella, Damiano Tommasi, Cafu, Aldair, and Marco Delvecchio, among others. The summer after his arrival saw renowned striker Gabriel Batistuta join Roma as well, the last piece of the puzzle.

It is wise to recognise that, in the company of these global footballing stars, Nakata must have experienced a certain level of pressure and uncertainty during this time. Still, in his early twenties and surely still adapting to life in Europe, he would not be able to evade the level of attention a club like Roma brought. Perhaps in the hills of Perugia it was possible to briefly step out of the limelight, but not so in Rome. Suddenly raised to this worldwide platform, it would be natural to feel somewhat overwhelmed, which Nakata himself has acknowledged in recent years. It was less than two years prior that he was plying his trade in his native J League, after all.

With a wealth of options at the manager’s disposal, it became hard at times for Capello to fit Nakata into his starting lineup, despite his €21.6m price tag. Nevertheless, the Japanese sensation proved to be a crucial cog in the Capello engine, a source of reliability whether from the first whistle or as a substitute.

Nakata used the remaining months of his debut season in Rome to acclimatise before the club made a concentrated push for the title the following season. Roma started the 2000/01 campaign brightly, winning 8 of their first 10 matches. As the year progressed, Capello’s men turned the Stadio Olimpico into a fortress, refusing to lose at home. A fierce battle developed with Juventus and Lazio for the championship.

Which brings us to 6 May 2001. The Stadio Delle Alpi, Turin, home of Juventus. Nakata’s moment that my Roman waiter eulogised so fervently. A day that became a turning point in the history of both player and club.

Roma travelled to Turin in high spirits. They carried a six-point lead over Juventus at the start of the day, not an insurmountable number but an important barrier nonetheless. There was more good news, particularly for Nakata.

Days before kickoff, a long-disputed issue involving Serie A’s non-European player’s quota was resolved. Previously, only three non-European players were permitted in a team’s matchday squad, which was part of the reason Nakata found himself used so sparingly. With Cafu (Brazil), Walter Samuel and Batistuta (both Argentina) all crucial to the Roma starting eleven, it often led to Nakata being left on the sidelines. However, changes to civil employment laws before the date with Juventus meant the quota was abolished, much to Juventus’ dismay, and he began the match on the bench, ready to be called upon.

The Bianconeri didn’t appear to dwell on their displeasure for long, as the home side raced into an early two-goal lead thanks to Alessandro Del Piero and Zinedine Zidane scoring within six minutes. It was a devastating start for Roma, their lead at the top of the league suddenly cut in half.

Capello needed to make a change. On came striker Montella for the second half, and with thirty minutes remaining, Nakata entered the fray in place of a despondent Totti. The Japanese playmaker’s impact was felt immediately, as he began to pull strings and dictate play against an anxious Juve team in retreat. Playing behind the strikers Batistuta and Montella, Nakata was given room to roam and with just over ten minutes remaining, he had all the space he needed.

He won the ball in midfield and carried the ball towards goal. Montella and Batistuta were pulling defenders with them, but no one pressured Nakata. He picked his spot from thirty yards and unleashed a shot that legendary Dutch goalkeeper Edwin van der Sar never came close to reaching. The ball hit the net and the thousands of Giallorossi who have travelled north erupted in celebration. Roma were back in the game, and unbeknownst to Nakata at the time, his legend has been cemented.

At 2-1 the visitors were tenacious in clawing back a valuable point. As the fourth official held up the board for five minutes of injury time, Roma attacked. Nakata collected a pass, positioned far from goal again, but undeterred he shot once more. Van der Sar managed to get to this one but could only parry the ball, and unfortunately for him and Juventus, it fell kindly to Montella. The Italian had stolen in front of his marker to prod home this rebound, this gift, and it was suddenly 2-2. Roma’s lead at the top of the table was no longer just three points, but a much more satisfying and comfortable five points.

It’s perhaps the most celebrated draw in Italian football, certainly among Roma supporters. The rest is history; Roma held onto their lead at the top over the course of their five remaining games, securing the third Scudetto in their history on the final day of the season with a dramatic 3-1 victory over Parma at home. The feat has not been achieved in the capital since.

Nakata collected the first significant piece of silverware in his career, and deservedly so. The shy and polite Nakata found the raucous Italian celebrations a bit much and escaped the Olimpico aboard a fire engine, after some negotiation with the crew for his safe passage (he swapped his kit with them for a ride away from the chaos).

In the summer Nakata departed for new pastures, going out on a high. He was keen to forge his own identity and style, away from the shadow of Totti, and signed for Parma in a €28m deal. Despite his brief stay in the nation’s capital, Nakata clearly had a profound effect during his time in Rome. His name will be forever remembered there, immortalised as part of the last Scudetto winning team the club produced. Clearly, he still registers in the hearts and minds of the Giallorossi, years after his departure and retirement.

If you still need proof, just ask my waiter. 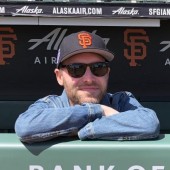 Writer for The Football Pink and Bath City fan. Lover of baseball too.

Jordan Rhodes: When all Rhodes lead to goal

An ode to Duncan Edwards: Complete, mature and tenacious