by Pink
in Latest

As football venues go, the Stadion Edelhart De Lille in the Belgian town Maldegem is extraordinary. It’s actually more than extraordinary, it’s unique. There is nothing else like it. The resident club FC Sobemai contest around 30 games a season in a nameless ad-hoc East and West Flanders competition that is strictly amateur and is not even affiliated to the Royal Belgian Football Federation. This is football in its rawest form and affectionately known as ‘caféploeg voetball’.

What makes this venue so beguiling, so utterly unique, is that the pitch is surrounded by old trains carriages, engines and other engineering equipment. Metallic rusting giants originally collected by Edelhart De Lille for a proposed theme park that never got off the ground. In 1973, the club’s old pitch at Akkersterrein was no longer available; De Lille suggested his train graveyard would make a more than suitable alternative venue.

FC Sobemai were formed in May 1966 and were the works team of a crane building firm called NV Sobemai in Bogaardenstraat. The new club contested their first game against KAJ Oostwinkel and continued playing friendlies against other factory and works teams in the area. In the late 1970s the team played in an organised league for the first time call the Meetjeslands Voetbal League, but soon returned to their preferred ad-hoc style of matches. Despite Edelheart De Lille inventing a highly successful articulated mechanism for lifting weights, the firm would eventually go bankrupt, but such was his love of football the kindly owner allowed the club to continue on the site indefinitely for a peppercorn rent. Even after De Lille’s death in 2008 the family have no intention of changing the arrangements for the club.

In April 2003 the club suffered a blow when their old wooden canteen and dressing rooms were destroyed in a fire started by a short circuit in an electrical cupboard. Sadly, the club also saw all their historic memorabilia lost in the blaze. The club had to play on a local park pitch before returning to their home ground five months later.

The club has overcome many setbacks and have soldiered on in their quirky, ad-hoc competition where their rivals include teams like The Beggars, Walrus and Borussia Vake. Today they take on Westeinde and Boogaarde Kermis which translates rather wonderfully as West End and Boogarde Fairground. Sobemai’s amiable Club President and former player, Eric Sierens, welcomes us to the club and soon all is set for kick off. The game is just thirty minutes each way and the pitch is noticeably narrow. There is no referee and officiating is conducted by a mutually agreed club official. He does an excellent job, although with only one offside blown for in the whole game, the rule seems to have been sidelined for this game. The standard of the match is surprisingly good and contested in a very good spirit.

At half time, the players of Kermis stay on the sidelines drinking Jupiler beer and smoking while Sobemai return to the changing rooms. Upon their return both sides line up for a joint team photo which seemed to epitomise the friendly nature of the encounter. From the Kermis team it is Gert-Jan Savat that catches the eye with two good finishes early in the second half. For the home side Jordy Decadt looked a useful player and goalkeeper Pascal Pollet pulled off some excellent saves which made Kermis’ injury time goal a shame as it went through the custodian’s legs on a wet pitch. Just prior to the visitors’ third goal, their defender Dieter Dabaut managed to put the ball into his own net to momentarily reduce Sobemai’s arrears.

This is a wonderful place, so unconventional and so utterly bizarre, who wouldn’t want to watch a game here? 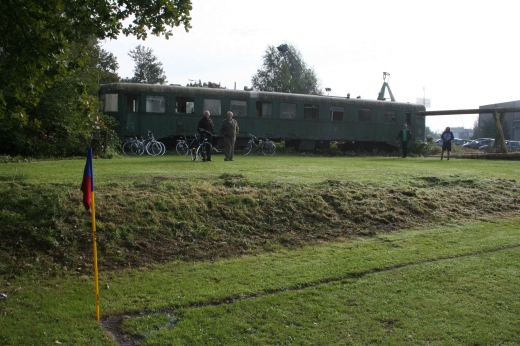 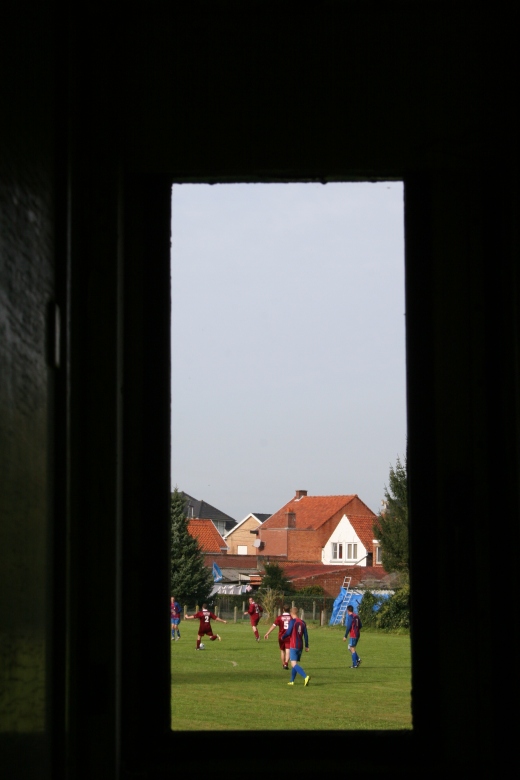 There is a saying in life that is as generally true and apt to the world of football as...

Leeds United's 16-year spell outside the top flight was a tumultuous and often tragic period in their history. Matt...

Ian Liversedge exclusive interview: “If you have one bad apple, it ruins everything”

To the match-going football fan, a team may, on occasion, appear to be just 11 players out on the...

You’d be hard-pressed to find anyone who would disagree that Liverpool are currently one of the top sides in...

Fairs fare - The story of the 1958 Fairs Cup final

There is a saying in life that is as generally true and apt to the world of football as it...

Ian Liversedge exclusive interview: “If you have one bad apple, it ruins everything”

Winning at *insert stadium here* isn’t for everyone: Football Twitter – blessing or curse?