Generally speaking, the world lines of football run adjacent to each other, angled at a similar trajectory as football advances into the modern world. Romanian football at the turn of the century laughs in the face of this hypothesis, for as the world of football entered a period of renaissance, Romania retreated into corruption, lunacy, and immorality. The football on the pitch in the 1980s and 90s at the height of Romania’s domestic game has been eclipsed by a drain in rational thinking that has brought a once prestigious league to its knees. Furthermore, there is no shortage of clubs embodying the faults of a league that has masterminded its own gradual downfall. Politehnica Timișoara was one such club privy to this, a kaleidoscope illuminating a storied past of shifting patterns and shady dealings.

Societatea Sportiva Politehnica, affectionately referred to as ‘Poli’, was formed in 1921 by students in the university city of Timisoara in the far west corner of Romania. Their first trophy came in 1958 as they won the Romanian Cup under the name Știința Timișoara. The 1966/67 season saw the team adopt Politehnica Timișoara as their official title, already the club’s fourth variation of the name.

The 1978/79 UEFA Cup saw ‘The Banat Boys’, a nickname derived from the historical Banat region in which Timisoara lies, debut on the European stage, losing a second-round tie to Budapest Honvéd. The following year they would pick up their second trophy, defeating Steaua București 2-1 after extra time in the Romanian Cup, thus qualifying for the UEFA Cup Winners’ Cup the following season. Despite multiple Liga II titles, this would be the club’s last major domestic trophy as they would never win the top-flight division, finishing runners-up on two occasions.

Their second campaign in Europe started well with an away goal at Parkhead seeing Poli advance past the first round as they knocked out Glasgow Celtic on away goals. The second round drew West Ham United, who were playing in England’s second tier, yet still too strong for Poli as they lost 4-1 on aggregate. West Ham would set the English Second Division points record that season. The following campaign would see them get a first-round bye in the UEFA Cup Winners’ Cup only to bow out 5-2 to Lokomotive Leipzig at the next stage, a result that once again showcased a significant disparity between their home and away form in Europe. At home Poli were untouchable, emboldened by a home support that typified an Eastern European atmosphere.

Nevertheless, Romanian football had arrived on the European stage. Steaua would famously win the European Cup in 1986 as domestic football in Romania soared, setting the groundwork for the national team’s golden generation of the following decade. For Poli, however, the 1980s proved to be a barren spell as they struggled to remain in the top flight, suffering relegation to the second tier in 1983, 1986, and 1988.

In 1989, the Romanian Revolution altered the landscape of football in the country forever. The revolution itself began in Timisoara as the city, a melting pot of different cultures within Romania, bubbled over after the austerity years of the 1980s to help collapse Communism after 42 years. Just as Romania defected from the Communist Bloc and edged closer to Europe, so too did Poli who returned to the European stage of the competition after a near decade long hiatus.

The 1990/91 UEFA Cup saw Atletico Madrid travel to Timisoara in the first leg, still an adverse experience for any side, even with the dismantling of the Iron Curtain. Poli would win 2-0 and finish the job two weeks later, a 1-0 defeat in Madrid enough to see them through. Unfortunately, the second round did not bear the same success. Sporting Lisbon were a class above and ran out 7-0 winners in Portugal, rendering Poli’s 2-0 home return win meaningless.

Two years later and Madrid’s other well-known club, Real Madrid, made their maiden trip to Timisoara. In the first leg, Poli came from a goal down to earn a historic 1-1 draw in the sunshine. In contrast, the sun in Spain did not shine two weeks later as Poli were expectedly beaten, Real running out 4-0 victors.

Remarkably, the draw at home to Real was at that point the only occasion in the club’s European history that they had not won at home. The Dan Păltinișanu Stadium, renamed in 1990, featured an almost colosseum styled oval structure. Regardless of stature, visiting teams knew that they had been in battle when they walked off the pitch at full time.

The transition to a market economy at the beginning of the 1990s remodelled how football in Romania operated. An influx of owners with deep pockets and little regulation meant that many of Romania’s traditional clubs became guinea pigs for the wealthy.

Furthermore, corruption began to take a presiding grasp of the Romanian game with the ‘blat’ era of the 1990s stealing the headlines as match-fixing soared. In the backdrop to this spiralling corruption, Poli had weakened significantly in the mid-1990s, only this time they would not resurface to the top division for longer than usual after relegation in 1997.

Romanian football receded drastically after the 1998 World Cup in France with the national team’s golden era edging past their prime without any notable successors. The national team had papered over the cracks of Romanian football for as long as possible, now they were stepping aside to reveal a hurting giant of European football now wallowing in disgrace. As the noughties brought football into a new era, Romania was left behind – held hostage by self-sabotage and an inability to keep club owners in check.

In the former East Germany, football clubs had only begun to introduce academy setups after the fall of Communism. Romania, abiding by an apparent law of opposites, gradually disposed of its football academies. Club owners wanted immediate results and were quick to relieve staff who could not fulfill their demands, therefore eliminating the market for youth players. As a result, Europe’s top leagues today annually harvest Romania’s footballing youth, determined not to let the next Gheorghe Hagi or Gheorghe Popescu get lost amongst the rubble of a fallen generation of Romanian talent.

In 2000, under the influence of a flawed logic that was hell-bent on increasing crowd sizes, Poli’s Italian owner, Claudio Zambon, shipped the club from its Timisoara power base and planted it 300 miles away in the sprawling suburbs of Bucharest. The 2001/02 season would see them drop to the third division of Romania’s football pyramid. Less than a decade later they would be in the fourth tier struggling to fill their 600-capacity stadium, quite literally a world away from the 40,000 strong heydays of the 1970s and 80s.

In England, AFC Wimbledon had been famously transferred two hours up the M1 to Milton Keynes; a small jaunt up the motorway when compared to the relocation many Romanian sides underwent. This movement of teams is more common-place in North American sports where a team represents a franchise spot that can only be moved, not multiplied or dissolved.

Poli’s move lacked rational thought. Bucharest has never been bereft of a number of well-supported professional clubs, including Romania’s largest, Steaua. The fans were Poli’s DNA, and in their absence, the club remained only the same in name; the equivalent of a car without an engine.

The void left in Timisoara would only last two years as top-flight AEK Bucharest migrated west. AEK, a cycle of evolution ahead of their predecessors, had already suffered one failed transplant; originally Fulgerul Bragadiru, they had been moved to Bucharest by their owner Anton Dobos in a bid to increase their following. This had backfired and, as a result, the club was packaged and shipped to Timisoara under the alias of Politehnica AEK Timișoara. There were now two versions of the same club, a clone playing in Timisoara and the original in Bucharest.

The next few years began legal proceedings over the rights of the club as a power struggle ensued. A Court of Arbitration in Sport ruling in 2008 finalised Zambon’s lengthy lawsuit against the new Poli. Under the new ownership of Marian Iancu, Poli was forced to abandon the traditional violet colour along with the badge and historical records. They also had to change the name to FC Timișoara and were deducted six points by the Romanian FA, to the fury of Iancu. Legal wrangling had ensured that one man, in this case Zambon, was in fact bigger than the club itself. Meanwhile, the legal squabbles saw only to worsen support and inflict further embarrassment upon a tiring fan base.

Nevertheless, on 11 June 2009, the decision was overturned and Poli leapfrogged Dinamo București to steal second place and a ticket to the Champions League qualifiers. Under Iancu’s ownership and investment, European football had returned. In the 2008/09 UEFA Cup, Partizan Belgrade had eliminated Poli in the first round upon their return. Courtesy of the points inflation, they were paired against defending UEFA Cup champions Shakhtar Donetsk who they would impressively dispatch of, before being relegated to that year’s Europa League by VfB Stuttgart, where they would finish last in their group.

For Zambon and his Bucharest based Timisoara, relinquishing the Poli rights brought an end to his failed plan. He withdrew his financial support and in 2011 the club ceased to exist, another failed and forgotten project of Romanian football.

Poli would be knocked out of the 2010/11 Europa League by Manchester City in the play-off round, defeated 3-0 on aggregate. Iancu had talked his team up prior to the fixture, either delusional or dangerously confident in expectation. He had blindly invested millions into the previously depleted club and boasted of €90,000 bonuses for players if they had managed to defeat Mancini’s super squad.

Defeat to Man City would be Poli’s final European tie. The end was near as Iancu’s toxic position began to unveil itself. Despite finishing second in 2011, Poli were seen in breach of financial laws and relegated to Liga II. Although warranted, there was instead a sinister motive behind such a move that became clear in the divulgence of transcripts in which the president of the federation, Mircea Sandu, appeared to gloat over getting one over on Marian Iancu. Damningly, the transcript said, “I (expletive) him, I’m stronger and I (expletive) him as a person”.

Poli had been the victim of board room antics for one last time. In 2012, the club was dissolved as Iancu quickly turned villain, heartlessly saying, “It’s fine if the club finds funds, it’s fine if it doesn’t”. In 2014, Iancu was sentenced to 12 years in prison for tax evasion and money laundering. Remarkably, in 2017, only two of the top flight owners at the time had not been to jail; a sobering reality.

The story of Poli highlights the absurdity of Romanian football in the wild west of the Post-Communism era. The ignorance and complacency at the highest level of Romanian football outlines a glaring obstacle that must be overcome. The treatment of football clubs as inanimate objects creates a disposable culture threatening the great history of even more clubs whilst enabling a level of immorality that is unforgivable within today’s footballing world.

After Romania’s exit from France 98, Gheorghe Hagi’s tear-filled rant at the state of football in his home country concluded with, “Romanian football is gone. Gone. Zero.” Two decades later these words still ring true, particularly for fans of Politehnica Timișoara who have lost more than most. Unfortunately, this time, reincarnation is not an option. 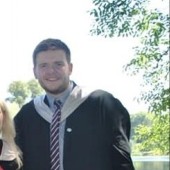 How an Irishman inflicted the death penalty on England