The new Rich and Poor in German Football

In recent years, football fans across Europe have paid increasing attention to the positive development of the German Bundesliga. During the 1990s, Germany’s top league lost ground to its competitors in England, Spain and Italy. In many ways, the World Cup 2006 was a turning point. Since then, the Bundesliga celebrates a previously unexpected renaissance. The success of Bayern Munich and Borussia Dortmund in this year’s Champions League, competitive national championships, economically healthy clubs, affordable ticket prices, and last but not least modern and atmospheric stadiums have helped that the Bundesliga is again perceived as a powerhouse in European football. But where there is light, there is also shadow. Let’s have a closer look at the shady side.

One of the main pillars for the economic stability of the Bundesliga is the so-called “50+1” rule. This rule prevents that investors can take over a majority, when football clubs outsource their professional teams to corporations. In order to protect competition within the professional leagues, the league association DFL (Deutsche Fußball Liga) laid down that the clubs must hold more than 50 percent of total votes in the shareholders meetings.

However, DFL admitted some exceptions. Thus, there is a special regime for companies that have promoted a club prior to 1999 for more than 20 consecutive years. This provision has been applied to Bayer 04 Leverkusen and VfL Wolfsburg. The clubs of chemistry giant Bayer and car manufacturer Volkswagen benefit without any doubt from the financial strength of their multinational holdings. As an example, during its 19 months at VfL Wolfsburg, manager Felix Magath has spent between March 2011 and October 2012 the amount of 71 million euros on 38 new players.

In addition, there are two clubs that circumvent the „50+1“ rule in a more or less elegant way. SAP co-founder Dietmar Hopp officially holds only 49% of the shares of TSG Hoffenheim. But in fact, no decision should be taken without his consent, as Hopp has so far invested about 240 million euros out of its own pocket into the club. With the help of this amount, he has catapulted the club from a village with only 3.263 inhabitants within eight years from fifth to first division. As a collateral damage, Hoffenheim became probably the most unpopular club among German football fans.

In the meantime, Hoffenheim shares this distinction with newcomer RB Leipzig. “RB” officially means “RasenBallsport” (LawnBallsports). Behind this acronym stands the Austrian beverage company Red Bull, who took over the fifth division club SSV Markranstädt near Leipzig in 2009, and renamed him to RB Leipzig. Since the German football association DFB (Deutscher Fußball-Bund) does not allow brand names as official club designations, the detour via the abbreviation “RB” was chosen. RB’s stadium is the „Red Bull Arena“, the new club crest contains two red bulls. Red Bull has waived the founding of a corporation. Instead, the club has only nine voting members and its board is composed exclusively by Red Bull managers. Promotion to first division is the company’s long-term goal. Next season, RB Leipzig will play in the third tier for the very first time.

Thus, there are at least four clubs that actually run counter to the spirit of the “50+1” rule. These clubs have caused the ire of many supporters of so-called “traditional clubs”. These fans see their beloved clubs financially hopelessly behind and many of them identify themselves with the slogan „Against modern football“.

This perception is partially reinforced by the distribution of TV broadcast revenues. The Bundesliga is centrally marketed by the league association DFL. First division clubs receive 80% of the total revenue, second division clubs the remaining 20%. The money is distributed according to a key that takes into account the final rankings of the last five seasons. In the season 2012/13, a total of 438 million euros were distributed to the 36 teams. Due to new contracts, this amount will increase up to 673 million euros in 2016/17. With this revenue, the Bundesliga will approach the Spanish Primera División, who obtains annually 650 million for their broadcast rights, and gets closer to Italy’s Serie A, which makes 830 million per year. Far in the distance is still the English Premier League, which can annually distribute two billion euros to their clubs. Bayern Munich will be able to cash in around 33 million in the coming season. A smaller club like FC Augsburg still receives 18,5 million. But in comparison to their international rivals, even the German champions are still far behind clubs as Real Madrid and FC Barcelona. Both have left the centralized marketing of their national league already in 1996, and each of them collects 140 million per year. Also the upcoming English champion will earn about 119 million for winning the title in 2013/14.

Therefore participation in the UEFA Champions League on a regular base becomes more and more important for German top clubs. Munich received 65 million euros during the previous UCL season, including premiums, ticket revenue and the so-called market pool. And their rivals from Dortmund are only slightly behind. Assuming that both Bayern and Borussia will qualify for UCL during the next seasons, this constant additional revenue could contribute to form a “two-tier society” in the Bundesliga, very similar to what we know already from England or Spain.

With some exceptions, most of the first and second division clubs in Germany can handle their financial situation reasonably well. In contrast, the situation for clubs who are relegated from second to the third tier is dramatic. After all, an average second division club can still count on 4 million from broadcast revenues, whereas a club in the third tier must content itself with less than 800.000 euros, which are paid by the football association DFB. This enormous gap is the main reason why many third-tier clubs desperately try to force promotion, thus tackling high financial risks. From a cost point, conditions in the second and third division are virtually identical. Both leagues are national, the association’s requirements for stadiums and infrastructure are similarly high. Therefore many clubs try to compel promotion, maintaining expensive “second division squads”. In combination with sometimes amateurish management and expensive new stadiums, this strategy results in an explosive cocktail and has caused some prominent victims in the past season.

Alemannia Aachen, who still played in the first division six years ago, had to announce insolvency during the current third division season. Kickers Offenbach, German cup winners in 1970, suffered the same fate after the end of the season. MSV Duisburg was denied a license for the second league and it is not yet clear whether the “Zebras” can meet the financial conditions for the third division.

The balancing act between necessary economic strength and the conservation of its own historical heritage is one of the biggest challenges for German football in the coming years. During the next weeks we will take a closer look at clubs from both sides, the “new rich” and some impoverished traditional clubs. 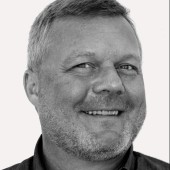 The life of a Premier League scout

The Wanderers return hoping to grace the FA Cup once more