By its very nature football is defined and decided by singular, unimaginable and individual pieces of sheer brilliance which perhaps makes it a sport like no other. These singular occurrences – which mean everything at the given moment – can, before long, be buried by the sands of time and locked in the annals of football history’s forgotten facts and statistics.

Some of these are greater than others, for example: that Manchester City were England’s top division champions twice, in 1937 and again in ‘68, prior to Sheikh Mansour’s 2008 takeover of the North West club; or even, for some, that football existed at all prior to the Premier League’s conception in 1992. Then others are much more forgettable, not to their discredit, such as Wolverhampton Wanderers being victors in the first FIFA-recognised season of football, of the post-war era, in America during 1967.

Football dates back to the mid-19th century in America at a non-professional level, with some FIFA-recognised football played in the early decades of the 1900s. However, arguably, the modern era of football in the States began with the birth of the United Soccer Association (USA) – which marked the return of football stateside for the first time in over 30 years.

In the mid-‘60s North America already had a number of popular, established major sports and it was debatable if the States had room for football or, of course, in the common tongue of America – soccer. So, the question of ‘how do we infiltrate the market with a popular worldwide sport that barely exists in 1960s America?’ was firmly embedded in the minds of all those behind the newly formed and FIFA-recognised United Soccer Association.

Importing several foreign football teams who are well-known and established to play under American pseudonyms on the face of it, now, appears a sensible and well-thought-out marketing ploy. However, in fact, it was a bodged job. The USA had planned on rolling out their league in 1968, but due to a rival league, the National Professional Soccer League (NPSL), being formed and ready to play in ‘67 – which was not FIFA recognised but did have a TV broadcasting deal – plans had to be brought forward.

The United Soccer Association had its franchises formed in Boston, Chicago, Cleveland, Dallas, Detroit, Houston, Los Angeles, New York, San Francisco, Toronto, Vancouver and Washington; but not a single player signed up to play for them. Thus, a scramble to find international clubs to provide their teams, during the gap between seasons over summer, to represent the franchises – while the aforementioned franchises found players of their own – began.

From England: Stoke City, Wolves and Sunderland would represent the Cleveland Stokers, the Los Angeles Wolves and the Vancouver Royal Canadians. Ireland would provide Shamrock Rovers as the Boston Rovers from the Republic of and Glentoran as the Detroit Tigers from the North. Scotland exported Aberdeen, Hibernian and Dundee United to America as the Washington Whips, Toronto City and Dallas Tornado.

To complete the set, Cagliari Calcio from Italy became the Chicago Mustangs and C.A. Cerro from Uruguay the New York Skyliners. Finally, the Brazilian Bangu AC would be the Houston Stars and Dutch outfit ADO Den Haag, the San Francisco Golden Gate Gales.

Having just achieved promotion from England’s, then named, Second Division with Ernie Hunt’s 21-goal season firing Wolves to a second-place finish, the midlands club arrived in the States – having probably expected the summer off after a gruelling English season. However, instead of preparing for life back in First Division after two seasons absent, the Old Gold swapped Molineux for the 93,000-capacity Los Angeles Memorial Coliseum; a ground shared that year with a rival league club, the NPSL’s Los Angeles Toros.

The LA Wolves side, which had been due to be named the Los Angeles Zorros until Wolves came aboard, boasted players such as the aforementioned Hunt, alongside Derek Dougan, Dave Wagstaffe and Peter Knowles – to name but a few. Wolves made short work of the Western Division they were entered into before playing the victor of the Eastern Division in a playoff final.

Winning five, drawing five and losing two of their 12 Western Division ties – after having played 42 league games alone in the 1966/67 season – saw the LA Wolves finish two points ahead of the second-placed San Francisco Golden Gate Gales; otherwise known as ADO Den Haag from the Netherlands.

The Washington Whips would be Wolves’ opponents in the final, having finished a point clear of the Cleveland Stokers in the Eastern Division. Aberdeen, or the Washington Whips depending on your side of the Atlantic Ocean, had just enjoyed a relatively successful season of their own.

In a 34-game season which saw the Dons achieve a fourth-place finish in Scottish League Division One, Aberdeen enjoyed a run between the end of October and beginning of January which saw them lose only once. Their successful league season was accompanied with reaching the Scottish League Cup semi-final and being Scottish Cup finalists – where an aptly named William Wallace netted twice in a 2-0 victory for Celtic in front of over 126,000 at Hampden Park.

With the finalists decided, the venue of the inaugural United Soccer Association final was decided – quite surprisingly – with the toss of a coin; the LA Wolves won the home advantage. What was to follow in front of just shy of 18,000 at the Los Angeles Memorial Coliseum was at the time described, in perhaps a classically supercilious American way, by some as ‘the greatest soccer game ever seen anywhere’.

With just three minutes on the clock, the LA Wolves took the lead, a looping ball into the box fell to the feet of Knowles, after a flick on by Dougan, and the Englishman coolly found the bottom corner with a right-footed finish. The Whips replied with a goal either side of the half-time break, Jimmy Smith restored parity and Francis Munro notched the Washington franchise in front with a penalty, sparking a spell of four goals in as many minutes.

A minute later and Wolves were level again, a ball in from Knowles was controlled by Hunt whose tricky footwork eluded the Whips’ defence before sliding the ball to David Burnside who slammed home. Just a minute after that, James Storie netted for the Washington Whips to restore their lead and another minute on Burnside bagged again to level the game, 3-3.

Burnside would complete his hat-trick with eight minutes of normal time remaining, but Munro was again able to find the net a minute from the full-time whistle to send the final into extra time. Wolves’ Dougan turned from assistor into scorer in the second half of extra time as the LA Wolves again looked on course to claim victory. However, Munro – a firm thorn in Wolves’ side by this point – found his hat-trick goal with a penalty in the 120th minute; golden goal would be the decider.

With 122 minutes of football played the LA Wolves attacked in numbers to find their decisive winner. Bobby Thomson drove down the left-hand side and with a swinging left-footed cross Ally Shewan could do nothing but inadvertently turn the ball into his own goal to hand Wolves the Championship. Add into the mix a Washington Whips second-half red card and a missed penalty and perhaps ‘the greatest soccer game ever seen anywhere’ may not be entirely untrue.

It would transpire that the Los Angeles Wolves would be the only ever winners of the United Soccer Association, as in December ’67 the USA and National Professional Soccer League would settle their differences and unite. Thus, they became the North American Soccer League (NASL) which would reign until their eventual demise in March of 1984.

Today, the endeavours of the Los Angeles Wolves are commemorated, in name at least, by an amateur club playing under the name L.A. Wolves FC. The team was founded in 2014 and ply their trade in the United Premier Soccer League (UPSL), with an aspiration of turning professional one day.

The faint candlelight held up by the amateur football club sheds a delicate flicker of memorial up to ‘American soccer’s’ early days, where the seeds of Major League Soccer (MLS), that is seen today, were sown. A year apiece were all the USA and NPSL got, then the much more resilient, yet ultimately doomed, NASL had 16 years before crumbling into dust, which the MLS could grow from in 1996.

Such was the issue with the early stages of football in America, as had been with the early stages of the United Soccer Association, the vacuous nature of poor planning and superfluous spending – where businessmen attempted to play football men – left the early American leagues like supernovae. Each respective league burning itself up like a dying sun, the burn and allure bright and powerful but ultimately destined to collapse in on itself; providing the raw minerals for another to take its place.

Whilst it is somewhat hyperbolic to compare the introduction of professional football to the people of North America to the powerful stellar explosion that is a supernova, it is ironic that in the mix of chemical elements being created, eventually to be dispersed across solar systems, at the centre of a dying sun is gold – and at the centre of this football-based microcosm for a short spell in 1967 – the Old Gold. 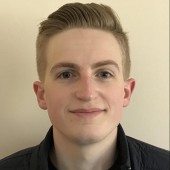 Two promotions in three years: The origins of the ‘Team of the Eighties’