The best Irish football teams of all time

When taking a look at the best Irish football teams of all time, it quickly becomes apparent that Dublin has produced a number of the best to have ever been formed. With clubs like Shamrock Rovers, Bohemians, Shelbourne and St. Patrick’s Athletic all making up for two-fifths of the league, perhaps it is no real surprise that they have been able to dominate the country’s footballing scene.

Indeed, when taking a look at what each side has been able to lay claim to over their respective histories, it should not be a shock to know that three of the four are inside the top five, with St. Patrick’s Athletic sitting sixth in the all-time list, at the time of writing.

Naturally, with some great Irish football moments at Lottoland having been listed previously, we thought it would be about time to detail just how successful each of the top five clubs from the Republic of Ireland have really been over the years.

Without further ado, here they are…

Shamrock Rovers are the most successful football club to have ever come out of the Emerald Isle. The Dublin outfit have a true winning mentality when it comes down to playing the sport, as they have won almost every single tournament that they can possibly win in domestic competition.

The club, who are also known as The Hoops, have gone on to win the League of Ireland Premier Division on no fewer than 17 occasions, which is a record. The club have also had huge success in cup competitions, as they have amassed no fewer than 45 pieces of silverware which includes 25 FAI Challenge Cups, two League of Ireland Cups and two Setanta Sports Cups before it was cancelled.

Perhaps surprisingly, though, Shamrock Rovers have failed to win the FAI President’s Cup, although with it having only been introduced into the schedule in 2014, it is only a matter of time before Rovers surely end up adding that crown to their trophy collection.

The second-most successful team to have played football in Ireland are Dundalk. The club, who hail from the north east of Ireland, near to the border with Northern Ireland, have amassed their own serious collection of silverware over the years, with the team having acquired a real taste for trophies.

The Lilywhites have managed to lift the League of Ireland title on no fewer than 14 occasions, having won the title in the 2018/19 campaign, whilst also having collected at least 11 FAI Challenge Cups, seven League of Ireland Cups and two FAI President’s Cups; providing them with a total 34 domestic honours.

Another outfit from Ireland’s capital, Bohemian are the third-most successful side to have come from the country. Perhaps that is no surprise, considering they are the second oldest club to have been formed, with Shelbourne being the other.

Nonetheless, the Dublin-based Bohs, as they are known, have managed to acquire no fewer than 22 titles over the years, with the vast majority of them having been as a result of winning the top division.

They have won the League of Ireland on no fewer than 11 occasions, whilst also appearing to enjoy the FAI Challenge Cup as they have won that particular competition seven times. Add three League of Ireland titles and a defunct Setanta Sports Cup to the mix, Bohemian can sit proudly in third place on this list of the best Irish football teams of all time.

Shelbourne might be the fourth-most successful on this list, however they are only a smidgen behind Bohemian when it comes down to the number of titles the both sides have achieved in their respective histories. The oldest club in Irish football, the Reds, have managed to win 21 top domestic titles in their lengthy existence.

In fact, the Dublin-based outfit (naturally, of course), have managed to acquire more League of Ireland Premier Division crowns than their rivals, with 12 sitting in the trophy cabinet. However, perhaps domestic cup competition has let them down at times, as they have won seven FAI Challenge Cups and just one FAI President’s Cup.

Lastly on this list, Derry City (and the rest of the chasing pack) sit some distance away from the top sides with their own trophy hauls, although they are impressive nonetheless. The League’s only participant from north of the border, the Candystripes (or Red and Whites) have had more than their fair share of success throughout history.

The club may have managed to win the top prize in the Republic of Ireland on only two occasions, however they have been hugely successful when it comes down to cup competition football. Derry have, by far, won the most League of Ireland Cups with 11 successes, whilst they have also managed to lift the FAI Challenge Cup on no fewer than five occasions either. 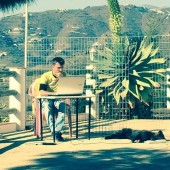 Glad all over? Time for Parish to show ambition at Palace