As part of our relaunch of The Football Pink, we are introducing you to some of the work previously published by our new group of writers on taleoftwohalves.uk – this piece was originally published on November 15th, 2018

Two days before Manchester United faced Vasco da Gama in the ill-fated World Club Championship in Brazil, there was a celebration by the Rio de Janeiro beachfront a few kilometres away. It was perhaps appropriate that the Miss Ipanema beauty pageant looked out onto the sands that had seen all manner of artistry blossom, from surfers to street performers and even United themselves in a spot of beach foot-volley days earlier.

As the tottering bikini-clad models strutted their stuff in Cafe do Gol, there was a slightly less edifying sight behind one of the venue’s toilet cubicles. There, in full view of urinating and defecating customers, hung a crudely-drawn cartoon of Edmundo. It was demeaning enough that the hot-wired Brazilian striker was depicted sitting on a deflated football, but for his likeness to be placed near a similar image of his former romantic partner was an affront too far.

This bar, you see, belonged to none other than Romario, the diminutive genius with whom he shared the Vasco front line. The offending cartoon had been put up two years earlier to great consternation from Edmundo, and began a long, twisting crumbling road of bitter recriminations and awkward patched-up reconciliations. The pair shared the most unimaginable fiery chemistry on the pitch. Off it, however, theirs was a tale with more drama than a telenovela.

After a furious Edmundo had demanded the cartoon be taken down, Romario refused. He insisted it had been merely in jest, but understandably Edmundo didn’t quite see it the same way. The feud began. Like star-crossed lovers, their concoction was wildly unpredictable, explosive and intoxicating.

One feels that even without the touch paper of the controversial cartoon they were destined to clash anyway. Their shared passion for drink, women, goals and acclaim would surely have steered them towards each other, but over the course of their careers they would end up playing alongside each other on three separate occasions at club level. The final time Romario even asked Edmundo specifically to rejoin him at Vasco.

By the time Edmundo had made his senior professional debut, Romario had already set off for his Grand Tour of Europe. Upon his return one might have hoped Romario, five years Edmundo’s senior, would have developed a more rounded self-perspective as a professional. Not a bit of it; having tasted the elite grand theatres of the Netherlands and Barcelona, not to mention becoming a World champion, what he really wanted was to have the shackles of expectation thrown off.

It hadn’t always been fractious. After leaving Johan Cruyff behind in Catalunya, Romario made Flamengo his first port of call, and found a familiar young firebrand with immeasurable talent in the squad by the name of Edmundo Alves de Souza Neto. They had both been part of the Vasco youth setup in the mid-1980s, but here they had the first chance to share a pitch as peers.

In a Copa Libertadores match against Velez Sarsfield, Edmundo took some heavy treatment which Baixinho took exception to. In he flew in to protect his younger teammate with a flying boot to the offending Argentine’s chest. He saw himself as a teacher to the 24-year-old, and at first, the educational experience was appreciated. They even recorded an awful rap song together.

It soon became clear that Romario was intent on establishing himself on a level above the rest. Edmundo grew disgruntled and likened the running of the club to a feudal court with Romario as the prince and the Flamengo club president as the king. “Now the King, prince and joker are all happy,” retorted the latter a few days later after a Vasco win. By the end of the following 1996 season, they had parted ways.

The reverence for Romario was not just a figment of a frustrated bystander. Bobby Robson was in awe of his uncontrollable maestro at PSV, and later described the extent of his admiration.

“”A phenomenal player with the most exquisite technique,” he said. “But uncoachable. He had so much talent maybe he thought he didn’t need it. I would count up the players on the training ground and Romario would be missing. I’d see him going into the dressing-room and call him over. I was simply ignored. But you forgave him everything because he was such a phenomenon.”

That accommodation of Romario’s foibles rankled with Edmundo. The power and influence the former wielded was a double-edged sword. On the one hand, his electrifying form was far too much for opposition sides to handle when he was in the mood; something he often said required sex the night before, or at least ‘fun’.

On the other, his overarching self-absorption derailed almost every project he became involved in. It was his request that Edmundo be recruited to play alongside him at the biggest club in arguably the most fanatical football-supporting country. It was also his hubris that drove them part.

Both would have a roll of the dice in Europe – a second one for Romario – before the decade was out. Valencia were the unfortunate recipients of one of his more unhinged episodes, and it became quite clear he would not stay on the Mediterranean coast. He was back at Flamengo after a few months and began 1997 back in the famous Red and Black.

Edmundo meanwhile had left the club for a fruitful loan spell at Corinthians, and by the time Romario had initially returned from Spain had rejoined their pair’s boyhood club, Vasco. He was 27 by the time he took the plunge in the Old Continent. Joining the artistic Fiorentina side lead by the legendary Gabriel Batistuta in 1998 promised to be an eclectic time. It would be his only spell in Europe though, bar a brief loan to Napoli in 2001, as he showed his wild side.

He infamously inserted a clause in his contract allowing him to return to Rio de Janeiro for the carnival, and despite an injury to Batistuta leaving no other fit senior strikers, off he went to drink and make merry with the women of Rio. As expected, the club took a dim view of his purveyed lack of dedication to his employers, and equally unsurprisingly Edmundo took an unapologetic view at Fiorentina’s stance.

His return left him back at Vasco once again, but not before he had lifted a trophy for his country. The 1997 Copa America in Bolivia saw some huge scorelines for Brazil, with a whopping 7-0 against Paraguay in the semi-final. Romario was also in the squad, but so was a young buck-toothed phenomenon called Ronaldo.

The teenager was on top of the world; following in Romario’s footsteps, he had burst onto the European club spectrum spectacularly with PSV Eindhoven and then Barcelona. In the famous yellow international strip, he was the hot prospect terrorising defences. He ended the tournament as the top scorer and best player. More to the point, he did alongside Romario from the start in every game except the final itself. Edmundo was looking from the outside in, and worst of all it was his bitter rival Romario keeping him out of the side.

Edmundo would have the last laugh the following summer. Romario would be denied a chance to repeat his heroics from USA ‘94 after a serious muscle injury saw him cut from the final squad, leaving the door open for Edmundo himself to take his place. Speculation has swirled for years about the full picture of the Brazil camp, especially the mental health of Ronaldo, but you can bet there was a small part of Romario chuckling that Edmundo had failed to match his achievements of four years earlier.

A matter of weeks before Manchester United touched down in Brazil for their hugely controversial mid-season trip, Romario was reunited with his jilted strike partner. He had been sacked from Flamengo for partying all night after the side had lost a crucial league match, and was suddenly available. Vasco were equally desperate to show up the European royalty who had jetted in for a gentle stroll to glory. The solution seemed to be either utter madness or inspired genius.

For appearance’s sake, all seemed forgiven.

“To have Romario on my side is an honour and pleasure,” Edmundo said calmly. “Playing with Romario is easy. We had only 15 minutes of practice together before the first match but we have played together already. We have had some good times. We will continue to succeed.”

Succeed is a vast understatement for their reunion. The pair tore the European champions to shreds at will, scoring all three goals between them. Perhaps even more terrifyingly for Vasco’s rivals was the synchronicity between them and the mutual emotion. Admittedly two horrific Gary Neville mistakes led to the first two goals, but the finishes were pure cold-blooded footballing murder.

Edmundo collected the first attempted backpass and bore down on Mark Bosnich’s goal. He didn’t have a favourable angle as the Australian rose up in his field of vision though, so instinct kicked in. Without so much as a glance to the side, and despite not having even practiced together for more than a brief moment in years, he knew Romario would be sniffing alongside him. A deft touch left Baixinho with a simple tap-in.

Given their history, it would have added up if they’d celebrated with muted joy to one another. Their warm, euphoric embrace told of a possible new mature chapter in their affair. Just two minutes later, Romario’s predatory positioning took advantage of Neville’s weak chest back to his keeper, leaving him a simple task of rounding the stranded Bosnich. The real magic came just before half time from Edmundo, though.

With his back to goal just outside the penalty area and marked by Mikael Silvestre, O Animal had no apparent opening. Stroking the incoming pass with the outside of his right boot, he span in the opposite direction around the suddenly scrambling Frenchman. Meeting on the other side was the ball, almost playfully mocking Silvestre with its gentle curved path to meet the craftsman himself. A couple of strides and a prod later, and United were sunk.

The artistry, instinct and understanding between Romario and Edmundo heralded a new dawn for the pair. Needless to say, within months it had disintegrated once again. Edmundo spent a season at Tokyo Verdy before embarking on a tour of Brazilian clubs, while Romario flung himself to Qatar, Australia and their MLS before returning homes again.

Their paths crossed briefly at Fluminense in 2004, but there was no question who had the better of the intervening years. At the age of 39, Romario defied logic to finish top goalscorer in the Brazilian top flight with 22 goals, and two years later completed his own tally of 1,000 goals. Even then, he wasn’t quite done.

Having been made player-manager by Vasco president Eurico Miranda, Romario was tasked with resurrecting the club’s on-pitch fortunes after a disappointing 10th place finish the previous campaign. Who did he turn to? Edmundo.

It was the latter’s fifth spell at the club and Romario’s fourth. They had spent time in the same dressing room on five occasions. They had denigrated each other, celebrated together, insulted each other and scored a hatful of goals together. There may have been a considerable amount of love lost between them over the course of the last three decades, but their unique genius created that love in the first place. To witness it was a privilege. 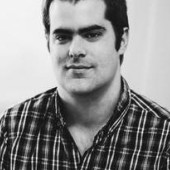 Romario #2: Barcelona, Cruyff and madness to the method

Romario #1: The genesis of a genius