Robert Green: Stuck in a moment from hell

Being a goalkeeper can be a lonely business. I’ve experienced that feeling. I am not a professional goalkeeper. I’m not even an amateur goalkeeper. I’ve felt lonely and under scrutiny playing five-a-side football at university, letting in a weak goal in the type of game that would finish with an absurd scoreline of 15-19. I cannot fathom how it feels to make a goalkeeping error in a competitive Sunday league game. Nor can I envisage the misery of dropping a clanger in a non-league league in front of a couple of hundred people. It is embarrassing. Best case scenario, a teammate calls you out; worst case… the awkward silence.

On June 12th, 2010, Robert Green made a terrible blunder. This wasn’t in front of friends or a small crowd, this was in front of the whole world. This happened in the 2010 FIFA World Cup. This mistake was made for England, one of the most media-scrutinised teams in world football. Robert Green had spent years of hard work cultivating a reputation as a very reliable, well-respected goalkeeper and in one split second, this reputation was obliterated.

The 2010 World Cup splits opinions. Some perceive it as a boring tournament filled with teams more afraid of defeat rather than pushing the boat out to win, the mind-numbing drone of the infamous vuvuzelas replacing the traditional crowd noise that make a World Cup seem so energetic. Others recall it more as a tournament of great excitement and big moments: the Suarez handball, the Tshabalala goal, Iniesta’s late winner. Truthfully, it was somewhere in between.

England’s tournament was decidedly dull. Their players appeared to falter in the playing conditions and this, mixed with the prison-like conditions imposed by manager Fabio Capello ensured that it was a wholly joyless experience for all members of the Three Lions’ 23-man squad. Such was the quality of their games that very few moments come to mind without the aid of Google or Youtube. Frank Lampard’s no-goal and Robert Green’s fumble being the main moments that spring to mind… hardly a glowing reference for the team.

The moment itself doesn’t need much dissecting – everybody knows how this went down. Steven Gerrard scored a well-worked goal four minutes in and England looked relatively in control, though hardly the fluid team that had qualified with flying colours. Flashforward to minute 40 and the United States benefit from some slack English defending to win possession in their half. Clint Dempsey, then of Fulham, turns Steven Gerrard inside out before unleashing a shot towards goal.

This shot was not a thunderbolt. It did not take a deflection. The ball, the Jabulani, so famous for its devastating swerve, did not move with any of its normal swing and swagger. It took two bounces off the ground in the box before hitting the gloves of Robert Green. Instead of ricocheting forward for the goalkeeper to pounce on to, the ball deflecting to the bottom left corner. Had Green been a few yards off his line he may have had an opportunity to recover, but alas, he was no more than a yard off the goal line. Even the most agile goalkeeper in the world would have struggled to recover from this error in judgement.

This was a nightmare for Green and a real problem for England. The ‘keeper knew he had messed up. He lay there on the ground, head in his hands, presumably hoping that the ground would swallow him up and spit him out somewhere far, far away. The mistake took a second of lapse judgement to make, yet the ramifications of this would last a lifetime.

When you think of Robert Green, what is the first thing you think of? His stellar career in the Premier League? All those penalty saves? His charity work, climbing Kilamanjaro in 2008? Even other negatives – he has been relegated four separate times from England’s top flight. You remember these things, but not first. The first thing you think of is one second of his career. A fumble. A man lying in shock and devastation, trying to hide from the world in the same way that a naughty toddler might try to hide from their parents.

Was this mistake bad? Of course. Did it eliminate England from the competition? No. Did England lose the game? No. Did England even go behind for a period as a result of this? No. The score became 1-1. It may have lost them their lead, but a team featuring Wayne Rooney, Frank Lampard and Steven Gerrard couldn’t put them ahead again.

This trio of superstars couldn’t break the deadlock against Algeria in their next match and scraped by in their final group game to help them qualify in second place. This set up a tie against a German side who disposed of England with relative ease.

While the attacking players struggled to make any real headway against Algeria, Slovenia and Germany, it wasn’t for lack of trying. Unfortunately for Robert Green, he was not given the opportunity to redeem himself. He was begrudgingly given the remainder of the USA game by Capello (who had already been forced into a change after half an hour and would need to make another change at half-time), but the Italian manager was quick to replace Green ahead of their next match.

Frustratingly for Robert Green, he didn’t even have a particularly bad game, that mistake aside. The USA had five shots on target – one of which resulted in a goal. Green still commanded his box well, especially given that one of his first-choice centre-backs, Rio Ferdinand, was injured before the tournament and Ledley King had to be taken off at half-time with an injury. The second half saw him pull off a remarkable save, pushing a Jozy Altidore shot off the woodwork to keep England in the game.

The fans were understandably angry at Green’s mistake and would have questioned whether he deserved to start the next match, but Fabio Capello wasn’t an England fan. He had seen Green play for club and country several times, had spent two weeks with him and the squad at an Austrian training camp in preparation for the World Cup and was spending training session with the goalkeeper every single day. He didn’t just see a couple of saves a game like the fans do, he studied hundreds of hours of his goalkeeper. The manager is well known for his cold style and low tolerance for errors, but dropping Green felt harsh.

The world’s best goalkeepers make mistakes that lead to goals. Making a mistake is mentally tough on a goalkeeper, but not getting the opportunity to redeem himself, that is a particularly hard pill to swallow.

What didn’t help poor Robert Green was that he was not a firm choice for number one. Capello allegedly did not disclose to the team who the starting goalkeeper was until the day of the game. He was still rotating goalkeepers in the build-up, seemingly unconvinced with Joe Hart and undecided between Robert Green and David James.

Green did not have a particularly close relationship with Capello, none of the players did, but what little relationship existed between player and manager vanished after that USA opener. Green recently told The Athletic that Capello very frankly told him that he would not play the next match against Algeria. That was essentially the last conversation that they had – quite staggering given that they still had a number of weeks left together in South Africa.

The hard thing to understand is that football is a team game. Yes, Robert Green made an individual error which led to a goal, but it wasn’t out of nothing. Ashley Cole bungled a header in the middle of the field that fell to an American player. Steven Gerrard was made to look like he’d never defended in his life before as Clint Dempsey spun him in circles prior to unleashing the shot at goal. If either of these players, who had played for bigger clubs, in higher competitions and many more times for England, had done their jobs better then the shot would never have been hit, yet neither player receives even a fraction of criticism here.

As the years have gone on, Green has naturally been quite reluctant to talk about that game, that moment. It was a really low point from him and appears to have been the catalyst for the downturn of his career. He had had setbacks before – relegation with Norwich in 2005 being a particular lowlight, a ruptured groin in a World Cup warm-up match in 2006 ruling him out of the finals there. These mistakes were not his fault, however. The USA goal was.

One thing that he has stated since is that however bad he felt for the mistake, it was his mistake. He owned it. He apologised. He took the grief the fans gave him for years, no matter how unnecessary and over the top it may be. What he couldn’t abide was the abuse his family would receive…

The day after the America game Green’s parents, back in England, had gone for a walk to clear their heads. A while later they received a phone call from a neighbour informing them that the press had camped outside their house and that they shouldn’t come back unless they wanted to suffer the onslaught that this would bring.

Green has also come out and mentioned that one particular comment has always stuck with him. A fan once shouted at him: ”When your son grows up and finds out who you are, they will kill you.” Charming.

Robert Green has suffered dogs abuse ever since. He is a professional footballer, he suffered abuse for years before too. He gets it from the stands, he gets it through social media, it is everywhere. 99 times out of 100 he can shake it off, but every now and then, something gets through. It isn’t a sign of weakness though. Just because you are a footballer earning tens of thousands a year to perform your dream job doesn’t justify a torrent of abuse.

There is an upside to all of this, however. He has undergone a business degree with the Open University and is taking steps to help clubs better look after the mental health of their players and staff. Green has stated that clubs are willing to hire a plethora of physios and doctors to look after the physical strength of a player, but shockingly few clubs have trained professionals, even ex-pros who are willing to simply ask if players are feeling okay.

Whether this takes off or not is yet to be seen, but the fact that he is having these conversations is an important step. There are very few careers like professional sports where it is the norm for a person to suffer verbal and digital attacks from complete strangers. A postman who delivers a letter to the wrong house might get a passive-aggressive word, but not a death threat. Yet it is the norm in football.

Did Robert Green make a mistake in the 2010 World Cup? Of course he did. But he did not deserve a decade worth of abuse thereafter. He had a solid career as a Premier League goalkeeper for Norwich and West Ham, a few decent years for QPR and Leeds before finishing off his career as a reserve with Huddersfield and finally Chelsea, with which he won the Europa League before retiring. It would be foolish to say that you should forget about the USA mistake, but for goodness sake, remember that he is a person. He made one glaring error. Don’t let one error define a solid career. 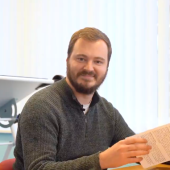 Turning defence into attack: How catenaccio attracted the greatest array of attacking talent

How Great Britain won the first ever World Cup

Clash of ideologies: Spain, the Soviet Union and the early Euros of the 1960s