Per sempre: The footballing friendship of Bath City and Calcio Lecco 1912

Organised sport inherently breeds a sense of rivalry. Whether between competing sprinters on an athletics track, or two sets of opposing football supporters trading insults from opposite terraces, competition has the ability to bring out the combative side in all of us. Contrarily, football also has the innate capacity to aid people from very different backgrounds find a common ground.

For as long as the sport spread globally, cities in vastly different countries have found themselves intertwined through a shared love of the game. Early, well-told examples include the link between Notts County and Italian giants Juventus, that owes itself to a shared set of black & white stripes. Southampton and Athletic Bilbao were bonded by migration from one port city to the other in the late 19th century. Look closer and you’ll find further sets of strange bedfellows, cliques of supporters drawn together by acts of generosity, similar socio-economic circumstances, or political leanings.

Sunderland shares a relationship with Feyenoord of Rotterdam as during the 1970s a union of dockers left the English northeast for the port city of Rotterdam in Holland and took with them a love for the Mackem club that has been passed down for generations – so much so that during the Dutch winter break a large group of Feyenoord fans make the journey to the Stadium of Light to catch a league game.

Partizan Belgrade of the Serbian capital and PAOK of Greece are conjoined by orthodox religious ties. Liverpool and Borussia Monchengladbach have enjoyed a friendly relationship since the two clubs met in the European Cup finals of ’73 and ’77. Brazilian giants Corinthians Paulista and English non-league side Corinthian Casuals played out a marquee friendly during 2014 to mark the opening of the former’s new stadium and celebrate the sharing of the ‘Corinthians’ name – the Brazilian side was founded in 1910 after a successful tour of South America by English football association club Corinthians FC.

By chance, the 1977 Anglo Italian Cup Final was the match that would ignite the relationship between fans of English sixth tier side Bath City and Italian Serie C outfit Calcio Lecco 1912.

An absurd and unique tournament, the Anglo-Italian Cup had many variations but between the years of 1976-1986, it was reimagined as a semi-professional tournament with a convoluted structure, that climaxed with a final between two teams from either side of the Alps.

Initially organized by Italian “super” agent Gigi Peronace, described as a charming yet imposing figure, the tournament was designed to afford League Cup winners Swindon Town a shot at European football after lifting the League Cup in 1969. UEFA had turned down their initial application to play in the Inter-Cities Fairs Cup due to their Division Three status.

The competition employed a wide array of baffling rule changes and adaptations, with the intention of encouraging attacking football. Early iterations compensated teams for scoring more goals – the regulatory two points for a win and one point for a draw were supplemented with a further point for every goal scored. Effectively, you could qualify for the final for the tournament if you lost every group game 6-5, while a team that won every game 1-0 could finish bottom of their respective group. The offside laws were also adapted to come into effect only within the penalty area. These changes, while innovative, were eventually scrapped by 1973.

In 1977 and ‘78, Bath City took on Calcio Lecco 1912 and Udinese respectively, losing out both times. But it would the initial loss in 1977 that would lead to a fantastic opportunity for a set of Bath City fans 40 years later.

To celebrate the 40th anniversary of their cup triumph, a group of Calcio Lecco fans set about organising a host of events to commemorate the occasion – starting with a whistle-stop visit to the Roman city of Bath.

Jon Blain of the Bath City Supporter’s Society Committee recalls the initial contact between fans of both City and Lecco. “Some of Lecco’s ultras formed a group – the “Bluceslesti 1977” – to organise a set of events to mark the anniversary celebrations of their Anglo Italian cup win in 1977 and they contacted the football club. The email was eventually forwarded onto a couple of organised supporters. It pretty much stated they’d like to meet some of us, were planning an event and could we meet during their trip over in February 2017.”

“They then flew over on a Friday night and met a group of us in The Charmbury Arms (a local Bath pub close to their home ground of Twerton Park). After lots of shaking hands, we started chatting and drinking, and stumbled out of the Charmer very late on to meet up early in the morning to go to Weston for the away game.”

The initial idea was for both sets of fans to attend a Bath City away game at local rivals Weston Super Mare – the game would, however, be called off late on due to a frozen pitch. Not to let their spirits be dampened, the two sets of supporters took part in a game of beach football to entertain themselves.

“The Weston game was postponed at the last minute, so in a pub, the Italian lads began telling us their plans and broached the subject of us playing a friendly over in Lecco, one set of supporters against the other. We answered with an immediate yes, then played a game of football on Weston beach. After that, every City fan I asked seemed keen to go [to Lecco], so other than finding a hotel big enough to accommodate everyone it was very easy to get a side together to play in the game they were organising. In the end, we had a side of 22 make it over there. We flew out to Bergamo on Friday with a return flight on Monday.”

Every year hordes of English fans journey around Europe following the Champions League and Europa League campaigns of the country’s top seven sides. Manchester City supporters are treated to a taste of Valencia, Munich, and – seemingly every calendar year – a trip to Kharkiv to reacquaint themselves with Shakhtar Donetsk. Tottenham loyalists have enjoyed city breaks to Amsterdam and Dortmund in recent years. Arsenal devotees have been dealt a more eclectic European experience with away days in Frankfurt, Liege, and Guimarães in recent months.

So what hospitality can you expect as a non-league supporter when you’re invited to a foreign land for a kickaround?

“Honestly, it was the best weekend of my life. It was unbelievably hot over there when we arrived on Friday. We got a tour of the town, introduced ourselves to the locals, and seemed to get free food in every bar we went to.”

“On Saturday afternoon we all went swimming in Lake Como, which was lush as it really was stupidly hot over there, so the lake was a nice contrast. We basically messed around the whole day before heading to the Stadio Rigamonti-Ceppi in the early evening. As we arrived there was a youth tournament finishing (the Lecco ultras hosted a full day of events that day), then we had a sing-song, got our bearings, and watched as they unfurled a banner while introducing their 1977 cup winning side. The banner was extremely impressive.”

“We scaled one of the mountains outside Lecco on the Sunday and our hosts organised a local restaurant to feed us – 20-30 people all seated outside, eating amazing food, drinking wine and grappa! As a final, unexpected, treat, there was a festival happening in the town, so for the last night in Lecco we were all crowded around the lakeside watching fireworks explode over the water.”

The game between both sets of supporters took place at the Stadio Rigamonti-Ceppi – a charming, continental, all-purpose sports ground set in the shadow of Monte Resegone, a mere 55 kilometers from the metropolitan city of Milan, with a capacity of just under 5000. Due to the searing heat in the north of Italy, an 8:15 pm kick-off time in late June was deemed necessary.

On June 29th, 1977, Calcio Lecco ran out 3-0 winners over Bath City in the final of that year’s Anglo Italian Cup final – a feat that couldn’t be repeated in the game between the two sets of supporters 40 years later. A 2-2 draw in tricky conditions helped restore some pride to the city of Bath.

“I wasn’t playing, I was standing on the sidelines trying to make substitutions and get everyone some game time. It was sweltering – I was even sweating myself, how the lads managed it I will never know – particularly our center-halves, Mike Botting and Paul Hill, who had a combined age of over 80! It was a really fun evening, the referee was an official from Serie B and a few genuine Lecco players turned out for their supporter’s side – you could immediately tell they were good. There was one point during the game where the Italians set off a flashbang. I’ve never seen anything like it, all 22 City fans ducked as though a bomb had gone off and the Italians just seemed to carry on as normal.”

“Nearing the end of the game, a few of the Italians wandered around the pitch placing items on the ground every few feet. It turns out it was a mass of flares and on the final whistle, they were all lit. It was like nothing I have ever experienced at a football ground before and was an amazing thing to be a part of.”

Hosting an open invitation for 22 English non-league fans to make the journey to your city, enjoy your food and drink your alcohol is a fantastic way to make friends. But, how do you ensure the relationship is a lasting one?

“We’re still in pretty regular contact with a few of the Lecco fans. Various City fans have been out to join them for a Lecco game and they’ve been back to watch the Romans. Some of us joined them on their longest away trip – driving east to the city of Trento, some 240 kilometers.”

“During the pandemic, we exchanged a few bits and pieces as morale boosters via post – hopefully we can provide a bit of positivity during a difficult time. It was really well received and we’re hoping to keep this relationship going as long as possible”

A four-hour bus journey, clockwise around the M25, to Canvey Island to face Concord Rangers; 84 miles south along the A36 for a trip to Havant & Waterlooville; just over an hour on the train to Oxford, with a change at Didcot Parkway, because Oxford City awaits. These are the bread and butter away trips for die-hard Bath City fans, so the opportunity to head to northern Italy for a friendly during the summer was impossible to pass up.

UEFA have made steps in the direction of offering European football to clubs further down the pyramid with the introduction of the Europa Conference League set to begin in 2021 – but even this will fail to filter down so far as to offer a glamour tie to any team lower than the Premier League. This is where fans and club officials can step in to solidify the friendships and relationships with sister clubs on the continent or around the globe. It cannot be left to organisational bodies to arrange European ties between clubs; sometimes it will take more of a DIY approach to building these bridges. 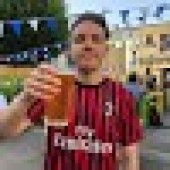 Stockport County – Lessons in how not to run a football club

You can’t win anything with millionaires: considering the empire of the Class of ’92