Luton Town is a club that has in its relatively recent past polarised opinion like few others and has suffered or enjoyed – depending on your viewpoint – widely conflicting fortunes over the past few decades.

Regular members of England’s top flight and often visitors to Wembley in the 1980s, over the next three decades the club found itself relegated down to the bottom division, climbed back up to the Championship, was relegated again – this time three seasons in succession – spent five years in non-league football before two promotions in the last two seasons finally put the club back once more in the Championship.

Luton Town were promoted from the old Second Division in 1974 but unfortunately lasted just a solitary campaign in the top flight before returning to where they had come the following spring. A period of steady consolidation in the second tier under the management of Harry Haslem followed until 1978 when former player, David Pleat, was appointed manager.

Pleat would stay at Kenilworth Road for the next eight years and would pave the foundations for the club’s establishment in the top division.

Promotion was achieved again in 1982 and top-flight status was maintained for the next decade. This was a remarkable achievement given Luton’s facilities resources and average home attendances which were normally amongst the lowest in the division.

A difficult first season back in the First Division culminated with relegation being avoided on the last day of the season thanks to Randy Antic’s late winner over Manchester City at Maine Road. Cue David Pleat hop, skip and jumping across the Maine Road turf in celebration.

Over the next couple of seasons, Luton had players such as Paul Walsh, Ricky Hill and Brian Stein capped for England and in 1984-85 the FA Cup Semi-Final was reached.

Leading from an early Ricky Hill goal, Luton were in the ascendency going into the 85th minute of the game. With Luton just minutes from Wembley, Everton were awarded a controversial free-kick on the edge of the box and a miss-hit strike from the Toffees’ Kevin Sheedy squirmed its way under the body of Les Sealey in the Luton goal and the scores were tied. An extra-time winner from Derek Mountfield put paid to Luton’s dream.

The following season saw Luton again pitted against Everton in the FA Cup, this time at the Quarter-final stage. Another classic ensued with Luton racing into a 2-0 lead in the tie played at Kenilworth Road before being pegged back to 2-2 and a Goodison Park replay where Everton once more prevailed by a single goal.

By now, the 1985-86 season, Luton had followed the lead of Queens Park Rangers in laying an artificial pitch. It was not a popular move by the Bedfordshire club and opponents were often fierce critics of the surface and the supposed unfair advantage it afforded Luton.

By the start of the following season, opponents had even more to complain about. When Millwall visited for an FA Cup tie in 1985 extensive damage was done to the ground and surrounding areas by hooliganism. Keen to avoid ever suffering a repeat, the Luton board, led by Chairman David Evans, who was also a Conservative MP, introduced a members-only scheme in which all away supporters were banned from visiting Kenilworth Road. Thus, long before COVID-19, fans found themselves on the outside looking in.

Unsurprisingly, there was little widespread support for such a scheme amongst other clubs. It did, however, coincide with Luton’s greatest-ever period of success. With David Pleat moving on to manage Tottenham, Luton turned to John Moore as manager.

In 1986-87, Moore led the Hatters to a seventh-place finish in the First Division and in 1987-88 Luton, by now managed by Ray Harford, made it through to the final of the League Cup where they met hot favourites, Arsenal.

On a baking hot spring day, Luton prevailed in a tremendous match by a 3-2 scoreline courtesy of two late goals by Danny Wilson and Brian Stein. The same season Luton also reached the FA Cup Semi-final again where they fell 2-1 to Wimbledon at White Hart Lane and lost at Wembley against Reading in the Simod Cup Final.

The next season saw a return to Wembley as Nottingham Forest were the opponents in the 1989 League Cup Final. This time there was to be no fairytale as Brian Clough’s men triumphed by a 3-1 scoreline.

In January 1990, Ray Harford was sacked by Evans for supposedly ‘lacking charisma’ and so it came to pass that Luton’s most successful manager ever lost his job for not smiling enough. Following this inspired decision, Luton’s stock started to fall and after two near-misses the club was relegated in 1992, thus missing out on the birth of the Premier League.

David Pleat had returned to the club by the time of relegation, having been appointed in the summer of 1991. Managing to keep his job despite relegation, Pleat was to remain in charge for a total of four seasons – all spent in the second flight.

The highlight of Pleat’s second spell in charge was undoubtedly a run to the FA Cup semi-finals in 1994. A Wembley clash with Glenn Hoddle’s Chelsea was lost by a 2-0 scoreline and Pleat left a season later.

1996 saw relegation to the third flight and the following season a strong push for promotion was foiled as the Hatters finished third in the Second Division before losing to Crew Alexandra in the play-offs.

It had been a whirlwind decade for the club, but if anyone thought this was where the story ended then they had another thing coming. Under Kinnear’s astute leadership, Luton ran away with the Third Division title at the first attempt and then consolidated in their first season back at a higher level.

Still, there was no sign of things calming down anytime soon, as Luton hit financial difficulties due in part to the collapse of ITV Digital. Luton were then taken over by a consortium headed by a man called John Gurney who was the ‘face’ of a consortium said to be taking control of the club. Gurney sacked Kinnear together with his assistant, Mick Harford, before offering Harford his job back due to public protests.

Gurney then went on to moot the possibility of merging Luton with Wimbledon, and undecided on who he should appoint as Joe Kinnear’s successor, he decided to let the fans choose in a ‘pop idol’ style vote. Former striker, Mike Newell, ultimately succeeded in the vote by beating off Kinnear.

On the field, Luton held their own for a season before securing a further promotion in 2004-05 to the newly-named Championship. With a new owner and things finally looking up for the Bedfordshire club fans could have been forgiven for thinking they had finally got their club back.

A good season back in the second flight saw Luton finish a more than creditable tenth in the table and be involved in a dramatic FA Cup clash with European Champions and eventual FA Cup winners, Liverpool. After falling a goal behind, Luton raced into a 3-1 lead in the clash at Kenilworth Road early in the second half before Liverpool got back into the game and eventually prevailed by a 5-3 scoreline.

The 2006-07 season saw the start of yet another drop through the divisions. Newell was sacked in March 2007 and the club was relegated at the end of the season. Financial irregularities concerning alleged illegal payments to players’ agents were investigated by the FA and once again Luton faced shuffling in the boardroom.

Back in League One for the 2007-08 season, the club entered administration in October of that season and ten points were deducted. With the side once more struggling on the field another relegation was inevitable and the Hatters finished rock bottom of the table.

Worse was to come in the summer as Luton were deducted another 30 points from the upcoming season, basically rendering the forthcoming season meaningless. Ten of the deducted points were in relation to the investigation into irregular payments, while the other 20 points deducted were due to Luton’s history of administrations. Despite a valiant effort, the club finished bottom of the table and was relegated out of the league.

Five long years passed with Luton Town stuck amongst the non-league ranks. The play-offs were reached the first three of these five years but each time Luton was defeated. As a non-league club, they did manage to win away at Premier League opposition in the FA Cup when Norwich City were beaten in the third round of the 2012-13 competition.

Finally, in 2014, Luton made it back to the realms of league football when the Conference was won.

Back in the Football League, Luton finished fourth and made the play-offs in 2017 when an aggregate 6-5 defeat by Blackpool condemned the side to another season in the basement division, but 2017-18 saw them finish in second spot and gain automatic promotion.

Going one better the following season, Luton swept to the 2018-19 League One title to find themselves back in the second tier of league football after a dozen years away. The 2019-20 season hasn’t been easy for Luton and at the time football was furloughed they were at the bottom of the Championship but not yet cut adrift.

The last three decades have been a tumult of emotions for Luton supporters and although they have been through the wringer somewhat, one thing they can honestly say is that life as a Hatter is never boring. 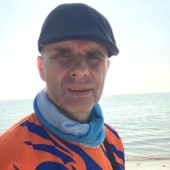 Herrera’s Inter: Innovation and the desire to win

Two Promotions in three years : The origins of the ‘team of the eighties’ (part two)