Dinamo Zagreb – A Story of Power, Money and Corruption

A club which wins their domestic League 15 times in 22 seasons, finishing 2nd on a further three occasions, along with 12 domestic cups would be famous throughout the continent, wouldn’t it?  After all, they’d have been in the Champions League for all those seasons and just think of the money.

When you add in some of the most famous Croatian players such as Zvonimir Boban, Davor Suker, Dario Simic, Robert Prosinecki, Igor Biscan, Eduardo, Goran Vlaovic, Zoran Mamic, Vedran Corluka, Luka Modric and Niko Krancjar, then you’d expect the whole of Europe to know who Dinamo Zagreb is.  But they remain a mystery.  Why?

Average attendances are a puzzle too.  For a ground with a capacity of 35,000 their average attendance figures are poor.  In 2012-13 they fell below 3,000 (2,945).  Their nearest rivals and 2nd most successful club in Croatia, Hajduk Split, average three times more than that (9,206).  Even HNK Rijeka, who has never won the Croatian title, played to more fans (3,912) last season.  The attendances at Maksimir Stadium have been falling steadily after they were up at 5,700 in 2009. Back in 2006 this figure was up at 11,156 when Dinamo ended a run of 1 title win in the previous 5 and began their incredible run of consecutive wins which currently stands at eight.  In fact, the most popular club in Zagreb does not play football.

The club has a vociferous supporter base of ultras, known as Bad Blue Boys (BBB), who have long been associated with extreme nationalist causes.  An infamous riot between them and Red Star Belgrade supporters in the summer of 1990 is seen as one of the precursors to the ethnic Balkan wars which erupted a year later.  The BBB were originally founded in 1986 and named after the 1983 Sean Penn film, Bad Boys.

Another reason is their self-appointed Executive Director, Zdravko Mamic.  Mamic is the most powerful man in Croatian football.  He controls the most important sections of football in the country and his word is decisive.  He is a board member of the Croatian Football Federation (HNS) and few will challenge his point of view.  He courts controversy at every turn.  He has had various run-ins with journalists, officials and even police, often threatening violent behaviour or making vulgar comments about them and their profession.

In March 2013, he faced the threat of jail after a racist rant against Croatia’s Minister of Sport and Education, Zelko Jovanovic.  Talking on a radio station Mamic, claimed Jovanovic was “A Croat-hater.  When you look at him, you don’t see a smile but fangs with blood coming out of them”.  He went onto say, “Jovanovic hates everything Croatian, a Serb cannot lead the country’s most important department.  He’s an insult to Croatian brain.”

Mamic’s comments even drew a rebuke from President Ivo Jospipovic who claimed the words were “offensive and maliciously aggressive towards the Serbian minority and Serbs as people.”

The penalty for such an offence in Croatia is three years in prison.  Whether Mamic suffers such punishment is up for debate, but in his defence he has been singled out by Jovanovic who seems to be against anything Croatian, which is not a good position to be when you are part of the Croatian government.  Reuters announced on 20th June 2013 that “Croatia’s state prosecutors have indicted Zdravko Mamic for inciting racial hatred towards ethnic Serbs.”

Originally, Mamic claimed to have started out as one of the leaders of the BBB, but it has since been discovered he made that up.  He made his millions in the 90’s during the war in the Balkans.  Like Abramovich, no one really knows how he made his money but suggestions are that it was not through entirely lawful and ethical means.  He had a brief spell as Dinamo President, which was not particularly successful and then he went into sports management and became an agent.  The contracts he had with players were also highly dubious with many stories of charging parents vast amounts of money to take on their kids.

During the 90’s, Dinamo was backed by ruling politicians and, again, there are many rumours of titles being fixed.  They also were alleged to be funded by the Treasury. The club was also in a battle with its own fans over the name.  After independence the club was known as Croatia Zagreb, thought to promote the benefits for the country, as it was thought the name ‘Dinamo’ was linked to communism.  Then came a change of government and Dinamo were now out of favour and their backing had disappeared.  This was Mamic’s way back into the club.  Gradually the true financial position of the club was revealed and they were shown to be crippled by huge debts.  But Mamic had a plan.

He formed a new club, transferred all the players and trophies and left all the debts with the old club, which subsequently went bust.  The ‘old’ Dinamo still owed money to some ex-players money, including Prosinecki, who now could not chase the ‘new’ Dinamo as they had never actually played for that club.

Having cleared the slate, Mamic then used his political connections to ensure the club was continually funded from taxpayers money, and thereby ensuring their continued domestic success to the detriment of the rest of the Croatian League.  It is interesting to note how FIFA bans countries where governments have interfered with the running of the game, yet Croatia seems able to continue.

In 2011 there was a scandal when the club invested in new seats paid for with taxpayers money.  It was then discovered the club had paid 3-4 times more than they needed for the seats and they bought them from a company whose owner is the wife of one of the club’s directors.  When the fans challenged the club about it, Mamic’s response, in no uncertain terms, was simply to tell the fans where to go.

Most of the club’s players have the same agent – Mamic’s son, Mario.  When Mamic took over he forced all the players to ditch their agents and join him, signing one of his contracts which signed away 25% of their salary for the rest of their career.  Those players who wouldn’t sign, were sold.  Niko Kranjcar, for example, went from Dinamo to Hajduk in 2005.  Why?  Because he wouldn’t switch agents or contracts.

Once all the finest Croatian talent was signed up by Mamic, he then set about selling.  Corluka left for Manchester City (£11.4m), Luka Modric for Tottenham (£18m), and Eduardo to Arsenal (£11.8m).  But many fans have questioned where the money has gone, as there’s little evidence it has gone back into the club.  This obviously brought Mamic a lot of money which in turn, can buy you a lot of influence.  The suggestion is that Mamic not only bought more power in Croatia but, more importantly, other clubs within the League became dependent on him as he would often buy one of their players and loan them back.  The Croatian League is not necessarily a wealthy one so one rich man can often be a magnet for others.  The influence Mamic bought within Croatian football was to expand his reach inside HNS, and enable him to have control over who is in the key positions within the organisation.

In 2009, Eduardo took Mamic to court to try and get out of his ‘lifetime’ contract with Mamic.  His lawyer claimed his contract should only be based on FIFA’s own rules, resulting in a 6% fee for his agent, whereas Mamic was creaming off 20% of his total income, including bonuses and advertising revenue.

Further evidence of Mamic’s influence is over the national team.  Mamic was constantly at odds with Slaven Bilic, who wouldn’t always pick Mamic’s players.  But Bilic had some decent results to back him up and so he prevailed.  But when Bilic left for Russia, Mamic saw his opportunity and installed Igor Stimac.  Stimac was a surprise choice, with no real experience or credentials and a man who Mamic had sacked when Dinamo manager in 2010.  But he was the choice this time as he was seen as someone who could be ‘handled’ by Mamic.  Interesting to note also that HNS announced a new president, Davor Suker, another Mamic choice.

One of Stimac’s first changes was to bring in Dinamo striker, Sammir for his first squad.  Sammir is a player Mamic bought for a lot of money from Brazil in 2007.  But Sammir has been inconsistent on the pitch, and hardly out of the tabloids off it.  Realising he needed to maintain the player’s value, Mamic has engineered his inclusion in the national team.  Bilic would never pick him, but Stimac has, almost immediately.  Coincidence?

Croatian football has also been rocked by recent accusations of match-fixing.  In July 2010, 21 people were arrested on suspicion of match fixing.  2011 saw 15 players convicted.  It all unravelled when Hajduk Split President, Hrvoje Males, was used to create a sting to bribe Zeljko Siric, a former international referee and vice President of Croatian FA, and Stjepan Djedovic, the head of referees.  Siric and Djedovic took the bait and were duly sent to prison.  But whether the authorities are taking it seriously is a matter of debate as the Croatian Football Federation President was quoted as saying he couldn’t give a stuff about it.  When Jovanovic was asked about the situation he said

“Croatian football is a huge swamp and it needs to be cleaned.  If the leaders of the Football Federation knew what was going on then they are equally as guilty.  If they didn’t know then they are incompetent.  Either way, I expect them to leave.”

Hence the animosity from Mamic.

But since then, Croatian football believes it has been through the worst and the incidences of match-fixing and bribery have gone.  Whether it brings back the public remains to be seen.

What we have here is a club financed by the state (in a country about to become an EU member), meaning an almost unlimited supply of money, which gives them an unfair advantage over the rest of their league.  They buy players from other clubs in the league simply so those clubs become dependent on that source of income.  They then pay over the odds for goods and services from companies owned, directly or indirectly, by members of the club’s board.  They have a powerfully unhealthy influence on both the football federation and now, national team selection.

This is the sort of corruption which has been going on in China for many years, not necessarily in football, but in their reference to state control of society.

Of course all of this is circumstantial and little may be proved.  What tends to happen in circles where money buys power, it can also buy you fear and ultimately, silence.  One could argue Italy has suffered from symptoms such as this for years and has yet to fully eradicate it completely from its football culture.

But what is undeniable is that it is killing Croatian football, both for the players and, more importantly for the public.  When you’re funded by the state you care little for the opinion of the supporters, as they are paying you indirectly regardless of how much they protest.  It has been suggested Dinamo’s officials are unconcerned about the poor attendances at the Maksimir, preferring a smaller, less critical crowd, rather than spend 90 minutes being shouted at. 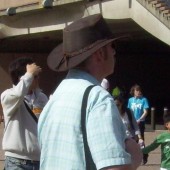 Premier League Title looks to be the Battle of the Manchesters

Why Do England Bother? Oh Wait, They Don’t!