Behind Closed Doors: The end of home advantage

Football is back! Albeit without one of the most important aspects; the fans. Amongst a ball and players, fans come a top in terms of importance for the beautiful game. Unfortunately it’s the only option for the time being. Nobody can be certain when stadiums will be full again – so what does this mean for home advantage? Does it still exist without the noise and the ferocious passion tribal home fans can provide?

Ahead of the Premier League return, one of the big talking points was where matches will be held. A few weeks prior to a date being set it seemed as if we were headed towards the use of neutral grounds; something numerous teams opposed, particularly clubs with a relegation fight on the horizon. Clubs cited a loss of home advantage even without fans in attendance, puts their chances of positive results and therefore survival in jeopardy. On the face of it a credible argument, as despite empty seat clubs bemoaned additional travel and missing home comforts.

When neutral venues first came on the agenda numerous clubs were vocal on their home records being their lifeblood, a loss of home advantage would be detrimental to their form and indeed the integrity of the competition. Did they have a point?

I’ve had a look at the perceived notion of home advantage. By far the biggest element of the advantage comes from the fans, a factor we know won’t be in place for the completion of this season at least. A lack of fans is a massive disappointment for footballs return, however inevitable it was.

It is important to remember in terms of material advantage, no fans are detrimental for both sets of players. Both home and away sides are driven by their fans and atmosphere during matches, regardless of their allegiances. Home managers will instruct their players to start fast and get the crowd behind there, whereas away managers may tell their team to quieten an exuberant home crowd.

Knowing your surroundings could be seen as beneficial, no matter how superficial. Home teams know their own grounds, the dressing rooms, the pitch dimensions etc. But we aren’t talking about the days gone by, where away dressing rooms could be in substantially worse condition than the hosts. Teams could purposely let a pitch go to ruin before the visit of a passing side, in an attempt to increase their chances. Now all Premier League stadiums and pitches are state of the art.

Fans can seemingly affect the result, not only their influence on players, but perhaps the influence they can have on officials and their decision making. So far there has definitely be a shift in home team bias. Whether consciously or not, referees would struggle to not be swayed in favour of the team or crowd making the most noise. Without thousands of influences impacting a referees opinion, they may be clearer of thought, allowing them to make decisions without outside interference. This perhaps allows for visiting teams to get more decisions in their favour.

Home fans can be inspirational and can act as the famed 12th man when things are going well. There should be no underestimating the adverse effect a hostile set of home support can be if things aren’t going to plan, however, as turning on players and managers is not unheard of and can be detrimental to a teams chances. The relief of that pressure can act like a monkey off the back of both players and managers.

Some teams rely heavily on their fan backing, as an intense atmosphere can be the inspiration in that extra press in the final minutes of a game, something players will have to find within themselves for the foreseeable future. There has also been much said about ‘training ground players’, individuals who are world beaters from Monday-Friday on the training pitch but come 3 o’clock Saturday, these players would freeze on the big occasion with a packed crowd, a factor that won’t be in play moving forwards. Perhaps we may see the emergence of some unexpected players in their new more friendly environment.

The Stats So Far

So how about that home advantage clubs were so keen to maintain. Does it show in the results?

A drop off in both leagues and the same pattern has been reflected across Europe, even outside of the elite leagues. Away teams are not just nicking draws in their opponent’s backyard either, they are picking up wins and convincing ones at that. Home advantage could well be on the wane, as this period of time without spectators could be the beginning of the end for home team superiority.  The visiting teams now will feel no pressure and perhaps a sense of freedom they had previously lacked.

Although only a sample size of fixtures it is enough to base an early judgement. It would seem the idea of maintaining a home advantage in an empty stadium has been somewhat quashed. A football match with the absence of fans could take place anywhere, your star player sitting in the same space in the changing room doesn’t influence performance, not as much as 30,000 plus home fans.

It could just be that after the enforced break teams aren’t as sharp as maybe they could be, or it could also be a quirk in the fixtures. One thing that is for sure is the intensity of the games has been high, perhaps what’s lacking is late on in games where fans may provide a second wind for players or the energy to push for that late equaliser.

From the stats it certainly seems empty stadiums are a reducer, allowing the away team a greater chance of picking up a positive result without fan backing to contend with, despite still playing in their host’s own stadium.

Goals in the main have been few and far between since the Premier League’s resumption, first-half goals, in particular, have been scarce. Owing to a lack of intensity perhaps and without home support to urge the home team onto the front foot. The Merseyside derby, in particular, was a drab affair with little to know chances created throughout. This is one instance whereby an absence of fans could well have worked in the home teams favour. Without the pressure of being forced to attack Liverpool, Everton could sit back and soak up pressure without fans getting on their back for a perceived lack of ambition.

Since the Premier League’s return, we have seen the innovative use of crowd noise in order to enhance the viewing experience, something that has divided opinion amongst the watching fans. Some believe the simulated noise to be either too manufactured, or often too out of sync with the action on the field. If preferred it is possible to watch the matches ‘eau natural’ and listen in to the often colourful language from the players.

Another Premier League innovation has seen banners draped across the now empty seats, in some ways a show of fan support without them being able to attend in person. Manchester City also used state of the art screens to showcase some of their fans watching from home during their first match back at the Etihad.  Making the whole experience as natural and as immersive as possible has been integral in the return of football.

Ahead of the Premier League return managers took drastic measures to get their squads accustomed to their new playing environment. Many Premier League clubs sought out Championship opposition in behind closed doors friendlies, allowing players to experience the hollow arena before the action commences.

The Premier League, Serie A and La Liga have now resumed in full flow, it’ll be interesting to see if the balance of results continues the trend and has an effect on home wins. If it does and if, like we are led to believe, we may see football without full stadiums for up to a year moving into the new season, this could well be the end of home advantage for the foreseeable future.

Everybody hopes a return to ‘normality’ is closer than we think and rumours of possible fan involvement in fixtures have been muted in recent days. Next seasons Community Shield may be used as a trial for the return of crowds. Home advantage may however never return, the hoodoo of away sides may have vanished for good. Form may dictate away teams believing they can get results away from home in future, something that before behind closed doors seemed near impossible. 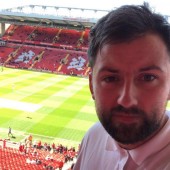 The Shields ‘rivalry’ – Like ships that pass in the night

Grassroots in Guiseley: Fighting for life in the fifth tier