When Bedlington Terriers got Rich

In 2012, the BBC broadcasted the documentary Mr Rich and the Terriers. A look into how a non-league side was allowed to dream when one of the richest men in the world decided to buy into their team.

Bedlington Terriers FC currently ply their trade in the Northern League Division 2. The tenth tier of English football. The team’s most successful period came in the early 1990s and spanned till the early 2000s. In this time they had a trip to Wembley Stadium for the FA Vase final, which they unfortunately lost. They won the Northern league cup twice, and the Northumberland senior cup four times. Their most impressive feat, however, was winning five consecutive league titles in this period.

What is usually the case with non-league football, and how a team is able to win consecutive league titles, is that often the club doesn’t have the financial means to be promoted higher up the pyramid and therefore opts to stay in the same division. This was likely the case for Bedlington, who soon after their success, struggled financial difficulties and crashed down the table from league leaders to finishing third from bottom in 2006-07. During their history, they have gone under a few guises, originating as the Bedlington Mechanics in 1949. In 1980, they took the name Bedlington Terriers, after the breed of dog originating from the area.

The club has many little quirks which fit this new branding. For example, the tannoy system play who let the dogs out, after a home goal, and the tunnel to the dressing rooms are quaintly signposted the kennels. Furthermore, in the season prior to the involvement of one of the world richest men, Bedlington was in a torrid spell of form and continued to struggle financially. On the back of a particular losing streak, one fan claimed ‘there not playing like terriers, they’re playing like pussycats’.

This is where Robert E Rich Jr steps in. Bob Rich as he is more commonly known, or the extremely fitting- almost Hollywood Esque title he was given in this particular story, Mr Rich. Rich, he most certainly is. Forbes recent estimates have Bob Rich amongst the top 400 richest people in the world. As always, net worth is relatively difficult to be specific upon, as Forbes has it at five billion, yet Bloomberg’s billionaire index estimates closer to seven billion. Either way, what is definitely apparent is, if Bob Rich was to cast his net into English football, his worth would go comfortably alongside those at the very top of the pyramid. Manchester United’s owners the Glazer family are estimated by Forbes to be worth around four billion. Fenway Sports Group which own Liverpool is said to have a combined net worth of three billion.

Bob Rich, owner of Rich Products, a frozen food company with annual sales of more than four billion, would surely be able to cover the figure of around 300 million which has been stated as the approximate cost for Newcastle United. Yet, it was a town thirty minutes outside of Newcastle which sparked the interest of the billionaire from across the pond. It so happened that Mr Rich’s wife discovered Bob’s English ancestry, and for his birthday, she gifted him the vacant title of Lord of Bedlington. Keen to learn more about the town he was now Lord of, Bob was set to visit, beginning a series of events that for any normal non-league side would be unbelievable.

Bitten by the Terriers

There is a saying Bedlington fans use about their club, and it is, that when you visit, you get bitten by the terriers, and you leave a fan yourself. Bob Rich is said to be as close to as normal a billionaire you can get. His persona comes across as extremely down to earth, outgoing and friendly. Also what seems incredibly apparent is his attraction to the underdog. Back in America, Bob had ownership of three minor league baseball teams, the Buffalo Bisons, Northwest Arkansas Naturals and the West Virginia Black Bears.

However, the similarity between minor league sports in America and non-league sports in Britain is vast. The grandstand bands, the confetti cannons, the decent-sized crowds and atmosphere which surrounds most American sports, was a far throw away from Bob’s first experience of Bedlington Terriers. His first game was the Terriers, 3-0 defeat away at Whitley Bay, as he joked, the lads may have been nervous because there not used to having royalty in the stands.

Despite the quality of the football, Bedlington itself seemed to resonate with Bob, as he saw similarities with the town and his hometown of Buffalo. Buffalo had struggled following deindustrialisation in the late 20th century. As the heavy industries shut down, Buffalo’s economy deteriorated, shipbuilding and steel milling were huge there and they were slowly replaced. Similarly, Bedlington was a mining town, which struggled when the pits began to close. Bob seemed to recognise this and feel an affinity with the people of Bedlington. So much so, that a man who has the ability to be anywhere in the world by the medium of a private jet, spent his 70th birthday, having a meal on the front street of Bedlington in an Italian restaurant.

For the players of Bedlington, what happened next was a once and a lifetime experience. Bob decided to fly the team across to his home town of Buffalo. Among the squad was Paul Brayson, an ex Newcastle United player who back in 1998 signed for Reading for 100’000. However, even for ex-professionals like him, this was remarkable.  The story was on the front cover of the New York Times. The Bedlington Terriers were celebrities. Dave Holmes who was the chairman of the club at the time acknowledged that this could be a flash in the pan for Bedlington, and they needed to grab this chance and use it to put Bedlington on the map.

The Terriers brought their Northern spirit to Buffalo, hitting the town and the bars. Floor fitter and Bedlington terrier Steve Bowey admitted to having a headache from the previous night’s festivities during his first training session on American soil. The Terriers were the talk of the town everywhere they went. Upon visiting the Rich’s food industry facilities, they were met by hundreds of people chanting the team’s name. As these ordinary working lads from the North East of England, walked through, they were paraded and high fived. Dave Holmes admitted that it brought tears to his eyes and a lump to his throat and that no-one would quite believe it had happened. Needless to say, I doubt any other non-league club had ever gained such a reception before.

The team were set to play in what Bob Rich dubbed the Lord Bedlington cup. A one-off exhibition match between the Terriers and FC Buffalo. In typical American fashion, the fans turned out in droves and turned the game into a true event. In their short stint in the limelight, these normal working lads had been treat like top tier athletes, all the way across in the states. However, this came crashing down to earth, as FC Buffalo thrashed the Terriers 5-1. The Hollywood ending was not to be.

Bob Rich’s time with the Terriers was relatively short-lived. Rich contributed twenty thousand to make vast improvements to the pitch, relay it, and a hundred thousand for a scoreboard which juxtaposes the setting at the modest Welfare Park stadium. It is very much an American scoreboard, huge in stature, it would look almost out of place at a Premier League stadium, in fact, it is bigger than most I have seen in the Premier League. He also sponsored the new kits for the club for the following season. The trip itself, despite ending in a loss was said to have brought the players together and give them a fresh outlook for the next season, which began with a pep talk in the dressing room by Mr Rich via laptop. The experience itself will live on in the heads of those players much longer than the impact Rich had for the short period he was involved with the club. A once and a lifetime journey for them which many would never believe.

Bob Rich was honest in what he aimed to achieve when he took an interest in the club. He wanted to share his knowledge, and show the people who run the team, a different way of doing things. So they could take this and learn how to further their business and build their fanbase, hopefully leaving a much longer-lasting influence, then relying on the miracle of an American billionaire arriving on your doorstep.

Ex-chairman Dave Holmes shared a similar philosophy. He pondered whether non-league football could learn something from the American approach. In America, no matter the standard of sport, it is the entertainment aspect which takes priority. Every game is treated like it is a super bowl, or being competed by elite-level athletes. Whereas in England, that is reserved for only the top tier teams of the sport. This change in approach may serve to bring in more viewers and a stronger fanbase to lower league football.

Bedlington Terriers have remained low in the English pyramid, and have stayed comfortably in the Northern League. However, the lessons and the memories which were taken from this fairytale experience live on. It would require a huge cultural change for England to adopt a more American approach to semi-professional sports. Bedlington has the scoreboard, the gimmicks and the music. However, there is still the cultural barrier, that sports fans in England just simply do not want to pay to go and watch a lower standard of the sport they love. This may change, but for now, the Bedlington Terriers story remains just a remarkable tale in the history of non-league football. 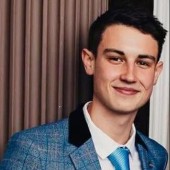 Clash of ideologies: Spain, the Soviet Union and the early Euros of the 1960s

How Great Britain won the first ever World Cup