I’m in a taxi heading to Buenos Aires airport. Marco, the driver, and I are discussing what Argentinians love to talk about most: football. He’s a Boca Juniors fan and I’m telling him about my visit there a week ago. The conversation inevitably turns to the rivalry with River Plate “The Super Clasico is amazing, you should go sometime, so much passion”, I nod and tell him it’s on the list. He goes on “I tell you what though, everyone talks of Boca River but for me the big one, the really big one is in Rosario, that derby is off the chart!”

Ah yes. Rosario Central vs Newell’s Old Boys. I’ve heard this before but what makes this derby more passionate than the one between Argentina’s two biggest clubs?

Rosario is the biggest city in the province of Santa Fe which borders the province of Buenos Aires, meaning it lies around a three-hour drive from the Argentine capital. The city is the third biggest in Argentina behind Cordoba with a population of over a million. It lies on the Parana river and was the city where the newly created Argentine flag was hoisted for the first time in 1812 by General Belgrano, as a result, Rosario is known as the cradle of the flag. The city can boast one of the world’s best-known icons as one of its sons: revolutionary Che Guevara.

It may be famed for producing soy but this is not the only thing that Rosario is good at producing. The city has given birth to several footballers of note such as Lionel Messi, Mauro Icardi, Angel Di Maria and Maxi Rodriguez. In the coaching stakes, they can boast Cesar Luis Menotti and Marcelo Bielsa.

The first club formed in the city was Rosario Central in 1889. The club was founded by railway workers taking their name from their employers the Central Argentine Railway Company and only employees were admitted at first. The workers were predominately British but as time went on many Criollos who had migrated to the city to work on the railways joined the club. By this time, however, a new club had been formed.

In 1903, Newell’s Old Boys were founded by Claudio Newell who named the club after his father Isaac Newell, a pioneer of early Argentine football and also the founder of a school. Graduates of the school were the first players of the club, thus the name Newell’s Old Boys. The red and black colours of the club come from the German and English flags as Newell was English and his wife German.

While both clubs originally played in the north of the city, Newell’s moved to the Parque de la Independencia down in the south in 1911.

The two clubs existed in relative harmony until an invitation was made which sparked off a rivalry that burns to this day. Central was invited to play a benefit match for a leprosy charity. They refused and Newell’s stepped in as their replacement. This led to Central being accused of being ‘Canallas’ which translates as ‘Scoundrels’ due to their lack of charity. In riposte, Central branded Newell’s ‘Los Leprosos’: The Lepers.

Both clubs joined the national Primera Division in 1939 and in terms of success, there is not much to choose between the two. Central has four titles to Newell’s six, although Central can boast a Copa Conmebol title in 1995 and the Copa Argentina in 2018 which are trophies that had so far eluded Newell’s. Although they may have fewer trophies, Central has a better record in the derby with 90 wins compared to Newell’s 75.

The stakes of the rivalry were upped in 1971 when Central beat Newell’s en-route to their first championship. They met in the semi-final and Central won 1-0 with a goal from Aldo Poy to progress to the final where they defeated San Lorenzo. Not only was it the first championship for Central but it was also the first for a Rosario club and the first for a team outside of the capital. The goal is celebrated by Central’s fans on the anniversary each year and this occurs as far away as Cuba with Che Guevara’s son joining in the festivities. Che was a Central fan that has led to them becoming a popular club in Cuba.

A second league title came for Central in 1973 leaving Newell’s awaiting their first. Perhaps spurred on by the success of their rivals they didn’t have to wait long with it coming in 1974. The first half of the 1970s was a golden era for Rosario football from an objective perspective.

As the 1980s began, it was Central who tasted success again with another league title. This team was known as La Sinfonica: The Symphony Orchestra for their graceful style of play. It was only on goal average that they secured this, nevertheless, Newell’s looked on enviously. It was Central who was Rosario’s most glamorous club with three titles to their one.

Newell’s could smile again in 1984 as Central was relegated. They bounced back and secured another title in 1987 though, so this proved a short period of lording it over their more successful neighbours. As is often the case the sun shines after the storm and it was not long until it was Newell’s turn to dominate Rosario football.

In 1988, again one year after a Central triumph, it was Newell’s who celebrated a league title. That year they also reached the Copa Libertadores final losing to National of Uruguay. Another title came in 1991 under their former player Marcelo Bielsa who had returned as coach. Bielsa grew up in a Central-supporting family but became a Newell’s fan before he played for the club. He couldn’t win the 1992 Libertadores final against Sao Paulo but did manage to win the 1992 Argentine title which was something of consolation and left both Rosario clubs on four titles each. These two clubs from the same city couldn’t be separated in terms of success. Bielsa’s legacy was assured and Newell’s stadium now bears his name.

If Newell’s choked when it came to continental competition, the same couldn’t be said of their rivals. In 1995, Central won the Copa Conmebol, the South American version of the UEFA Cup, making them the only club from the city to hold a continental title.

This title proceeded a decline with Central. While Newell’s won the league again in 2004, putting them ahead of Central on league titles, Central was relegated in 2010 following several poor seasons. The relegation was via a play-off and they did not return until 2013, just in time to witness Newell’s win the league again in 2014. There has been some consolation for Central as they won the Copa Argentina in 2018 making this the last trophy to head to the city of Rosario.

Newell’s may boast the likes of Batistuta, Pochettino and Maradona as ex-players but Central can call on Di Maria, Lo Celso and Menotti. He may not have played for the club yet but Lionel Messi is a Newell’s fan and has always stated his desire to pull on their shirt before he retires.

The fixture, like most in Argentina, has seen many incidents of violence. Although away fans are banned this has not stopped it occurring. In February 2013, a Central fan shot at Newell’s fans who confronted him. This occurred in the south of the city which is considered Newell’s territory. In 2017, on derby day a 17-year-old Newell’s fan shot and killed a neighbour. The match itself had to be stopped as missiles were thrown from the crowd including bottles and bricks. The referee was hit too. Even friendly matches have had to be cancelled due to fears of violence as tensions have mounted in the weeks building up.

So what makes this derby so volatile? Unlike Buenos Aires, Rosario is a two-team city so you are either a scoundrel or a leper. It’s almost unheard of to find a football fan from the city to support a club from elsewhere. This is down to a characteristic of rosarinos being extremely proud of their city. In Argentina, a large part of fan culture is to make fun of a rival. At work on Monday morning, if your team has won and others have lost it’s customary to lord it over them. In Buenos Aires professional clubs are legion but in Rosario, there is only one rival.

Rosario is host to the two most successful clubs from outside of the Buenos Aires province and without much to choose between the two in terms of success and supporters, winning the derby and the bragging rights becomes important. Central supporters hail from the south of the city and Newell’s the north so although there is no political or class divides in this rivalry, the Argentine habit of being loyal to the barrio is thrown in the mix.

While Rosario may not be able to boast the nations two most successful clubs or a derby involving one of the big five, the passion for football in this divided Argentine city makes it one of South America’s, if not the world’s, must-watch encounters. 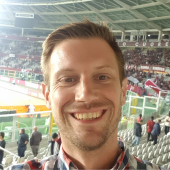 A walk down memory lane: Boca Juniors vs River Plate